Pierre (Vincent Lindon) is the highly successful CEO of a large family-owned company. Before signing the deal of the century, he has to settle one last formality: obtain the signature of his cousin Adrien (François Damiens) who owns 50% of his firm. This sweet, idealistic dreamer, who makes one blunder after another, is so happy to see Pierre again that he wants to spend time with him and delay the moment of signing. So Pierre has no choice but to take his cousin with him on a turbulent business trip during which his patience will be put to the test.

more about: My Cousin 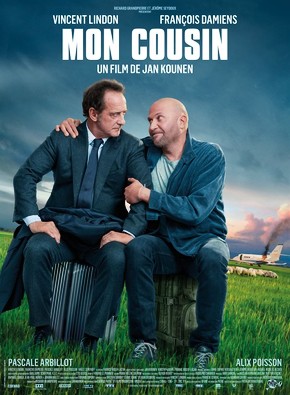