For nine years the Afghan refugee brothers Popal and Darmal have been apart but are now miraculously reunited in Denmark. But they are in completely different places in their lives. Popal is a fighter with lots of plans for his future. Darmal, on the other hand, has just arrived in Denmark, with a heavy heart and lots of insecurities about the future. As Darmal’s asylum claim is rejected, their dreams about a future together collapse. With a caring priest couple and a human right’s lawyer, Popal does everything in his power to keep Darmal on his feet. With sibling love as its main driving force the film is a film about a brother’s fight not to lose his little brother once again. 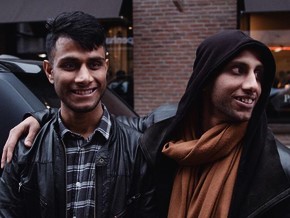