Three parents share their stories. Jeff Williams is the father of Andy, who in 2001, then 15, shot and killed two classmates and wounded thirteen other students. Andy is serving 25- to life in prison. Clarence Elliot’s son Nicholas shot and killed his teacher and wounded another teacher in 1988 and is serving life in prison. Sue Klebold’s son Dylan was one of the two teenagers behind the Columbine High School Massacre in 1999, one of the deadliest school shootings in history. Dylan ended the shooting by committing suicide. Through the deeply personal and honest stories they share with us, the film explores themes like guilt, denial, failure and responsibility, harassment, sorrow, friendship, and love.

more about: Raising a School Shooter

Beware – Frida and Lasse Barkfors tap into every parent's worst nightmare. For the third time 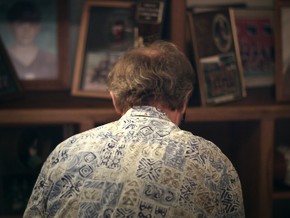