Fifty-two-year-old Carsten is a popular, much-respected high school teacher. He is married to Nina; they have a son, Tobias. Carsten is having an affair with a former student, Pil, who is an extreme left wing activist. One night Pil is part of a raid that goes wrong and a policeman is killed. Pil and two other activists are arrested. Carsten's affair is revealed and he leaves his stunned wife, Nina, to devote all his resources to supporting Pil. But a policeman is dead, two families are destroyed and guilt begins to grow slowly but surely.

After winning the Palme d'Or and the Oscar, Pelle the Conqueror becomes a TV series

Per Fly, whose English-language film Backstabbing for Beginners is in post-production, will helm the 8 x 60-minute HBO Nordic production

Oscar-winning Pelle the Conqueror will have sequel from Fly

Nordic cinema in Rome with the Nordic Film Fest

The first edition of the festival will take place from May 3-6, 2012, at the Casa del Cinema, with films from Denmark, Finland, Norway and Sweden. Guests include Pernilla August

”This should call off all talks of a crisis in Danish cinema. OK, some Danish films don’t work, but they are probably not very good. We have had our best year ever – and I would say so have Danish...

Swedish-Icelandic singer Edda Magnusson will play the lead in Monica Z (Monica Zetterlund - A Lingonberry in a Cocktail), a €4.2 million biopic of the Swedish singer-actress which Danish director...

Norwegian director Joachim Trier’s Oslo, August 31st, which will close the 39th Norwegian International Film Festival in Haugesund tomorrow (August 25), is among the five contenders for...

From Warsaw to Copenhagen with Fly’s new film

Zentropa Polska, an offshoot of Lars von Trier’s Danish production company, headed by Malgorzata Szumowska (33 Scenes from Life) has just finished shooting in Warsaw on part of a new film by...

Petter Næss and Per Fly on Maipo’s roster

Established Norwegian producer Dag Alveberg (Maipo Film ), longtime collaborator of Petter Næss (Elling), has a new project with the director lined up for 2009. Before that, however, he will...

Dogma’s golden era may be ending 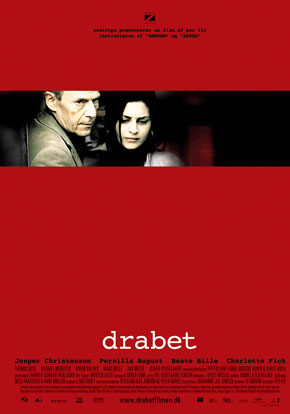 Ahead of its Karlovy Vary premiere, Kristina Buožytė and Bruno Samper disclose more details about Vesper