The drama The Last Race recounts the true story of ski race in 1913, when the Giant Mountain peaks became the backdrop to the dramatic events of the deaths of two pioneers of Czech skiing, Bohumil Hanč and Václav Vrbata. The story‘s third hero is the German athlete, Emerich Rath, who, struggling to the last, managed to pull Bohumil Hanč into the Elbe Mountain Lodge, but failed to save him. By studying the historical records it has been possible to reconstruct the race almost minute by minute, though the exact details of any contact between Hanč and Vrbata at ”Harrachov Stones” must remain forever a mystery. The film also shows life in the Giant Mountains at the beginning of the century amid the poverty and grinding hardship of the local commun–ity, and in particular it highlights relations between the native Czech and German populations. The tensions between them were often reflected in sport. For example, the local Germans refused to recognize the Czechs‘ right to have their own sports clubs and boycotted their skiing races in the Giant Mountains. This story is a beautiful example of the opposite: how both in sport and in mountain rescue national rivalries can be set aside, with the only race that counts being that to save a fellow human life. In the hundred years that followed, the events of this story were widely reinterpreted and adapted to suit contemporary social and political ideologies. This film, among other things, aims to set the record straight, and after more than one hundred years, finally show these what really happened that day.

more about: The Last Race

Safe Place adds one more trophy to its haul at Cottbus

This year's line-up will feature a selection of new film productions from Eastern Europe, seven of which will be competing against each other, with several awards up for grabs

The Czech director has started shooting a period drama film about the tragic true story of a 1913 skiing race, previous versions of which tended to omit a crucial person for political reasons 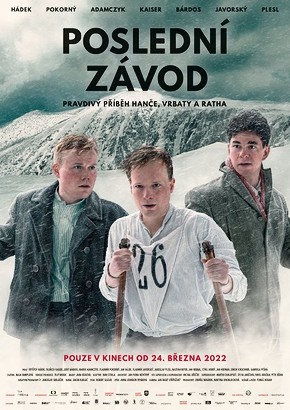