ONE DAY IN EUROPE

Europe: Day of the Champions league final between Galatasaray Istanbul and Deportivo of A Coruña in Moscow. A business woman in Moscow, a backpacker in Istanbul, a Dutch pilgrim in Santiago de Compostela and a French couple in Berlin are involved with the police all at the same time. Four cases of luggage theft, four police stations, four times the Champions league, football mania is everywhere and the Euro is already in circulation...

more about: One Day in Europe

For the ninth year in a row, the members of the European Film Promotion have selected a list of promising European producers to take part on the initiative Producers on the Move at the upcoming...

22 producers on the move to Cannes

For the ninth year in a row, the members of the European Film Promotion have selected a list of promising European producers to take part on the initiative Producers on the Move at the upcoming...

DJ on the verge of a nervous breakdown

After Berlin Is in Germany and One Day in Europe, Hannes Stöhr (see interview) continues to base his work in his favourite cities. The young director’s new project about techno music, Berlin...

For its fifth anniversary, the European association NISI MASA (see interview with Matthieu Darras, one of the network’s founders) is holding a week of workshops, screenings and round tables on...

From the Atlantic to the Urals

March 31 marks the kick-off, at the America multiplex in Genoa, the 2nd Festival of New European Cinema, which will screen 28 films over 13 days by young directors from seven European countries...

Once Upon A Time In Habana

After São Paulo in October, the Coordination for European Festivals lands in America with European films in its bags for the 27th Havana International Festival which starts on Monday and goes... 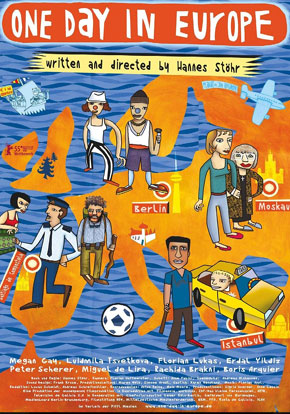