1984: Thousands of Africans from 25 countries die of starvation or end up in camps, in Sudan. On a decision from Israel and the United States, an operation is carried out which consists in bringing thousands of Jews from Ethiopia to Israel. A Christian mother encourages his child to claim he is Jewish so as to escape from death and starvation. The child, registered as an orphan, is adopted in Tel-Aviv and grows up with the fear that his lie should be discovered. Neither a Jew, nor an orphan, only black.

more about: Live and Become

The gap between "Go, live and become" and "You can cry now, if you want" comprises the initiatory journey of young Schlomo, life's painful apprenticeship

With already three full-length feature films, the Rumanian director boasts a body of work irrigated by the fertile streams of memory, identity and exile

The breath of life

Taking advantage of a tour around France, Live and Become's director agreed to tell us the fascinating adventure of making a film born from an unexpected encounter

The co-director of Elzevir Films tells us more about the making of Live and Become, an European coproduction

Kad Merad, Fatsah Bouyahmed and Oulaya Amamra lead the cast of the French adaptation of The Distinguished Citizen, produced by Axel Films

"This could result in a flow between the two mediums, allowing film talent to demonstrate their range"

Funding and the cost of films, negotiations with TV networks and streaming platforms… Producer Marie Masmonteil gives us her opinion on these matters on the occasion of the ARP’s Film Meetings

Kad Merad, Alban Ivanov, Céline Sallette, Sabrina Ouazani and Laure Calamy are among the cast of this Quad and Kissfilms production, which will be sold by Gaumont

Daphné Patakia and Rabah Naït Oufella are among the cast of the filmmaker’s feature debut, which is being staged by Elzévir Films with Blonde Audiovisual on board as co-producer

Handle with Care: "It’s just you and me"

Norwegian filmmaker Arild Andresen explores the bond between a father and son, taking a helpless widower and his very young adopted child to Colombia 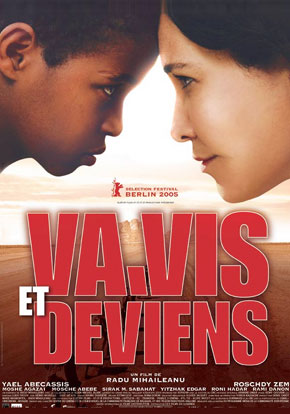