February 1943: Sophie Scholl, a young student in the group 'White Rose', is arrested as well as her brother at the University of Munïch. The interrogation by the Gestapo which follows turns into a psychological confrontation between the young agitprop and the inquisitor, Robert Mohr. She ends up winning, at the price of her life, and her brother's. Rothemund's film, based on historical facts, describes the last days of a young girl who embodies resistance against the Nazi horror, freedom, and courage, up to the end.

Global Screen to present the best of German cinema at Cannes

Paul Verhoeven, and the rest: Berlin’s international jury has a full complement

A week away from its opening ceremony, Berlin has announced the make-up of its competition jury and the recipient of this year’s Honorary Golden Bear: Italian costume designer Milena Canonero

24 Weeks: A drama that gets right under the skin

Filmkunstmesse: a celebration of cinema

German art house exhibitors head to the Filmkunstmesse in Leipzig, where Exit Marrakech and Blue is the Warmest Colour will be screened amongst others

Sophie's victory over cancer as an Easter surprise

In this very "European" week for cinema, Marc Rothemund's adaptation of the best-selling autobiography The Girl with Nine Wigs tells about a struggle to survive and a remission

The international sales company from Munich presents 10 titles in Berlin, including one in competition 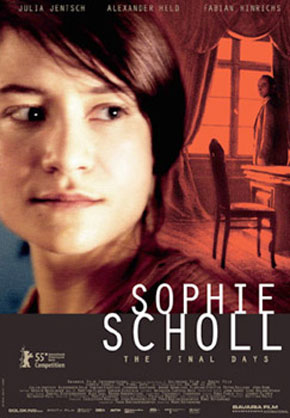