Matyas is a 27-year-old photographer who lives a happy life with his wife Claire, eight months pregnant, and his son Pierre. Orphaned at the age of 6, Matyas remembers nothing of his early childhood. One day he learns the death of a mother he never thought was alive. He is summoned at the solicitor’s where he meets his twin brother, Thomas, about whom he had never been told. What an emotional shock ! Matyas wants to understand : what brought his parents to abandon him ? What can’t he remember anything ? Mysterious Thomas won’t help him find out...

Trouble is the history of a man who has become the victim of a plot he does not understand but which is gradually closing up on him. To escape, he needs to understand, alone, what hides under

Often one tells to himself the story of one’s life. It gives the impression of knowing oneself, roughly But sometimes, someone from the past comes back and reveals how he or she used to think of...

A Portrait of Harry Cleven

Ex-aspiring painter, ex-shy actor, the director Harry Cleven, attracted to confusing situations, is above all a perfectionist unpretentious artist who talks with willingness and sincerity

The Dynamics of Trouble

"Angel is a fairy tale for adults, a resolutely dreamlike film”

With his latest film, Belgian filmmaker Harry Cleven brings us a strong sensorial experience, setting himself a bold challenge: showing us the invisible

Besides three mouth-watering Belgian premieres (Mon Ange, This Is Our Land and Lost in Paris), the festival continues to scour the cinemas of the world to present love in all its guises

The 2006 Le Prix des lycéens du cinéma belge francophone (students’ prize in French-speaking Belgium) was awarded on Wednesday to Duplicity by Harry Cleven, good recompense to make up for this...

14 features from Belgium will be screened at the Geneva Select Market this year, within the framework of the Tout Ecran 11th Film Festival which runs from the 31st of October to the 5th of... 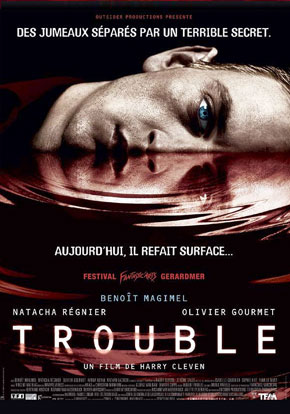