EL TRIUNFO: THE BEAT OF THE STREETS

A deracinated part of the city sometime in the 1980s is home to Nen and his friends Palito, Topo and Tostao. The district is ruled by ex-mercenaries Gandhi, Fontán and Andrade. Nen dreams of a career as a rumba musician. All that he knows about his father, El Guacho, is that he was a fabulous rumba singer. But then, he is forced to learn the truth about his idol’s sudden disappearance. Nen has to learn to find a balance between his thirst for revenge and his goal to become a musician.

more about: El Triunfo: The Beat Of The Streets

The Cognac Detective Film Festival - which opened yesterday evening and continues until Sunday – is celebrating 25 years of a film genre that is currently experiencing a very strong comeback, as...

Best of Spanish cinema in the spotlight at Toulouse

The 11th Cinespaña Film Festival, which kicked off on Friday, will offer film lovers in Toulouse and the surrounding Midi-Pyrénées region a chance to discover the widest range of recent Spanish...

Four European films hit Spanish screens this weekend, directly competing in the box office against a total of eight US titles. Two of the European productions are domestic titles, including Mireia...

A plunge into a Latin-American dictatorship

Four out of the ten films hitting Spanish screens this weekend are European productions, including two anticipated domestic titles: political drama The Feast of the Goat and comedy La semana que...

Screening in the Panorama sidebar section, El triunfo: The Beat of the Streets sees a female director taking on a violent tale about street gangs with soap opera elements. The genre, usually...

After Patricia Ferreira's Something to Remember Me By and Ventura Pons' Amor Idiota, both screened at the 2005 Berlinale, the Spanish contingent at this year's festival has a South American... 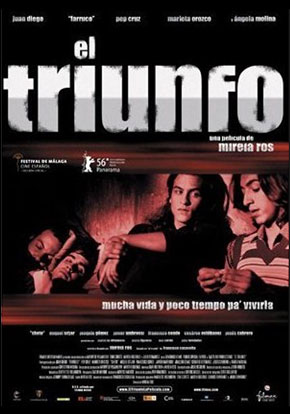