Mayi and Nad are two young men from the remote village of Benares, at the very southern end of Mauritius. They catch a ride into the city with Jimi, a wordly older man who knows the ways of Port Louis. Jimi promises women, and in a charmingly matter-of-fact scene, they visit Maman, elegant in her sari but a businesswoman nonetheless. She offers the men Mina and Zelda. The women refuse to travel all the way to the backwater of Benares, but Maman insists. As Jimi drives his pickup truck past swaying fields of cane, Mayi and Nad coax Mina and Zelda out of their frosty reserve. What began as a crass transaction becomes a true exchange of ideas and impressions of life. They talk and flirt in the back of the truck, letting the wind rush over them. As it turns out, these four young Mauritians are philosophers in their own right. The conversation turns to football, to love and to that other faraway Benares - now Varanasi - the sacred city in India.

Feast of French-language films at Namur

The 21st Namur International Film Festival – which opens on September 29 with a preview screening of Rachid Bouchareb’s Days of Glory and closes on October 6 with Private Fears in Public Places,...

700 prints for The Valet

A fine duel is developing in the French theatres this week with the release of Francis Veber’s The Valet (La doublure), launched on approximately 700 screens by Gaumont Columbia TriStar and the... 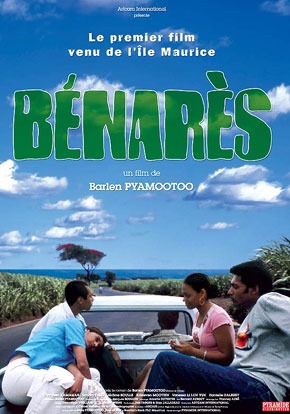