THE PAPER WILL BE BLUE

The revolution which deposed Nicolae Ceausescu began on 17 December 1989 led to the dictator’s death on Christmas day the same year. Between those two events there took place a demonstration on 22 December, which saw a leaderless army pitched against demonstrators determined to regain their lost freedom. Initially undecided as to how to act, the army officers eventually avoided bloodshed by announcing their intention to fraternize with the demonstrators. The film is an account of that famous night through the eyes of those lesser heroes who wrote an important page of modern Romanian history.

more about: The Paper Will Be Blue

Review: Everything Will Not Be Fine

With their first feature-length documentary, maybe Romania's Adrian Pîrvu and Ukraine's Helena Maksyom do not reach the place they were headed to, but they get exactly what they needed

"I wanted to make a film about how, in our search for identity, we need unconditional love"

LOCARNO 2018: We chatted to Romanian director Radu Muntean, whose sixth feature, Alice T., screened in the official competition of the Locarno Film Festival and won an award to boot

Phil Parker and Răzvan Rădulescu have been confirmed as tutors for the first part of the workshop taking place in December; the application deadline is set for 29 October

Matilda – played by Ana Ularu, a nervy beauty who starred in The Paper Will Be Blue and a serious contender for the Best Actress Leopard – is rewarded for good behaviour with a day’s release from...

A promising debut feature co-directed by an Irish filmmaker and Romanian screenwriter, which won the Cineuropa Award at the 2009 Estoril Festival

Estoril F.F.: Felicia faces her past 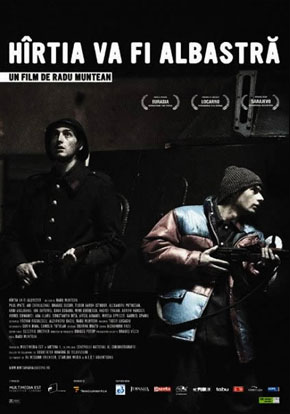