Paris, 2005, organized crime. Claude Corti, 50 years, is one of the rare men to be able of the trade. Procuring, traffic of narcotics, counterfeit bills, cars, rackets, steerings, he knows all that it occurs in his zone from influence and takes a commission on all. He hates to be forgotten, he does not hesitate to show it. No scruple, no moral, never forgiveness. He is paranoiac and violent, that enables him to survive. Franck, 30 years, is a professional killer. He is close to Corti but is due to his independence. Intelligent, effective, Claude relies on him. Just enough so that his business starts to be put out of order. Simple paranoia or beginning of a plot?

The Convoy: Frédéric Schoendoerffer puts his foot on the gas

Benoît Magimel, Reem Kherici and Tewfik Jallab star in this Carcharodon production, sold by Indie Sales and distributed in France by Paramount

Having kicked off on August 2 in Paris, shooting on Frédéric Schoendoerffer’s fourth feature, Switch, is now underway in Canada where it will wrap on September 22. After Crime Scenes (nominated...

Today sees Wild Bunch Distribution’s high-profile release on 500 screens of Jérôme Salle’s Largo Winch. The film is adapted from the first two volumes of the successful comic book series by...

A Horde of policemen, gangsters and zombies

Unveiled in February at the Berlinale film market by its international seller Films Distribution, The Horde by Yannick Dahan and Benjamin Rocher will start shooting next week. The latest in a line...

Argento and Depardieu star in Diamant 13

Shooting begins today in Antwerp (Belgium) on Diamant 13, the ninth feature by Gilles Béhat, who previously directed Rue Barbare (1984) and who hadn’t worked on any feature since 1990. The film is...

The 20th edition of the German festival exground (November 16-25) is in full swing in Wiesbaden. This year the event is screening around 300 films from 35 different countries in its 13 sections....

After the success of his documentary Terror’s Adovate, which screened in May at the Cannes Film Festival (see article), Barbet Schroeder is returning to features, with principal photography...

Unifrance sets out to re-conquer Japan

The second edition of the Unifrance French Film Festival kicks off today in Tokyo. Held in Yokohama for the last 13 years, the festival has been moved to Tokyo after a strategic decision taken...

Six million flock to Arthur and the Invisibles

In only seven weeks in cinemas, Luc Besson’s animated film Arthur and the Invisibles has hit the 6m admissions mark. Grossing €35.6m in France, the feature finished in fifth position in the weekly... 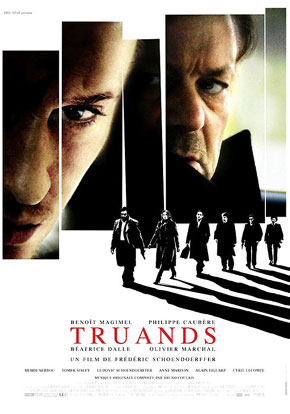