Asmall village, where a Chinese film crew are convinced that "the Poles are the saddest nation of the world”. The director used ordinary people as extras to shoot his drama, including an accountant, a photographer, a salesperson and a porter. The rather eventless daily lives of these characters are filled with harmony and stability. From behind this monotonous routine individual dramas discreetly emerge, supposedly hidden behind the cloak of the past but whose traces are visible in each character.

A vast selection of recent productions from East and Central Europe are being offered to the film-going public and industry professionals at the Hungarian 3rd MOVEAST festival, which opened...

It seemed like a repeat of the Gdynia Polish Film Festival at the 2007 Eagles (Poland’s top film awards) ceremony yesterday evening. The event threw up no surprises, with Saviour Square taking the...

The list of nominees for the 2007 Eagles – which will be presented on March 3 by the Polish Film Academy – was announced yesterday afternoon. The ninth edition of the competition is largely...

There has been no change over the past four weeks in the top two films of the Polish box office top ten. Karol – The Pope, The Man by Giacomo Battiato with 1.3m admissions in five weeks is still... 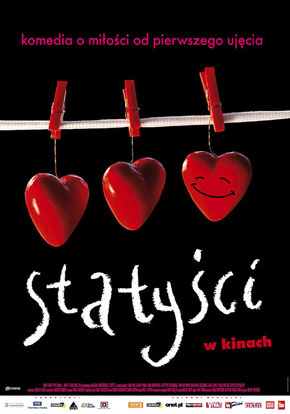