In 1658 the writer and actor Moliere is back in Paris after touring the kingdom of France with the troupe of his players. One day, a young lady asks him to follow her to the deathbed of her mother... Thirteen years earlier, Moliere already runs a troupe but goes broke and is thrown to prison. Fortunately for the hero his debt is covered by Monsieur Jourdain, a rich man who wants him to help him rehearse a one-act play he has written with a view of seducing a beautiful young widow, Celimene. As Jourdain is married to Elmire, and is the "respectable" father of two daughters his plan must remain secret so Moliere is introduced into the house as a priest … called Tartuffe.

Filming has wrapped on The Speech by Laurent Tirard

L'hermine enjoys a double win on the Lido

VENICE 2015: With Fabrice Luchini crowned as Best Actor and Christian Vincent having snagged the Best Screenplay Award, the Venice Film Festival truly smiled upon the film being sold by Gaumont

Pierre Niney is A Perfect Man

The up-and-coming star of French cinema and Ana Girardot are filming the second feature by Yann Gozlan, produced by 24 25 Films and WY Productions

Final preparations are underway before shooting starts in Malta on April 1 on Asterix & Obelix: God Save Britannia, the fourth feature by Laurent Tirard (Molière, Little Nicholas). The €50m 3D...

Final preparations are underway before shooting starts on April 12 on Lars Blumers’ debut feature: Mike. Inspired by a news report, the film will tell the tragicomic story of an antihero who has...

Popular French screenwriter Grégoire Vigneron – whose filmography includes I Do, Molière, Changing Sides and Little Nicholas – is currently in Belgium shooting his directorial debut: the thriller... 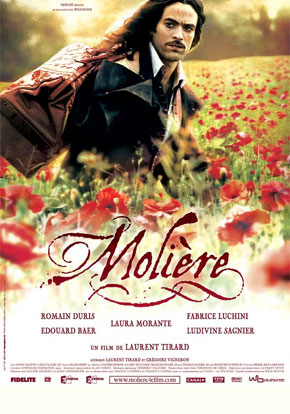