IN MEMORY OF MYSELF

Finding himself in an existential crisis, Andrea decides to join a monastery. The young man embarks upon a novitiate, during which the order will examine whether he is genuinely called to join the order and take his vows. As the priests instruct him in matters of belief, Andrea discovers that there is more to the religious community of priests, monks, novices and retired clergy than silence and prayer. The monastery becomes a universe, in which every look and every sound seems to suggest intrigue, since the novices are asked to point out any weaknesses they are able to detect in the others. To him, his life of prayers, rituals and hours of reading is characterised by constant surveillance and continuous questioning. At the same time, the novices do their best to abandon themselves, and by so doing, find their way to God. Yet, in spite of considerable support from the abbot, Andrea fails this mystic test of his true belief, and decides to put the order behind him. A venture that others have attempted before him... From the novel "Il gesuita perfetto" by Furio Monicelli.

more about: In Memory Of Myself

After I’m Not Afraid, Gabriele Salvatores is once again working with Niccolò Ammaniti. The Oscar-winning director will direct Come Dio comanda (“As God Commands”), an adaptation of the best-seller...

Cinema of the future awarded

New Cinema Network (NCN) announced its winners – a few days before the unveiling of the RomeFilmFest prizes (on October 27) – over the course of a ceremony presided over by Minister of Youth...

The 34th Ghent International Film Festival has awarded its Grand Prize for Best Film to Austrian director Stefan Ruzowitzky’s sixth feature The Counterfeiter. The prize was presented today by the...

The future of arthouse cinema at Asti

Is arthouse cinema in crisis? The question is legitimate, especially in Italy, where the high number of recently flopped titles has led even successful distributors such as Valerio De Paolis to...

The 34th Flanders International Film Festival – Ghent (October 9-20) is seeing big this year, with not one but two opening ceremonies. The “pre-opening ceremony” took place yesterday evening with... 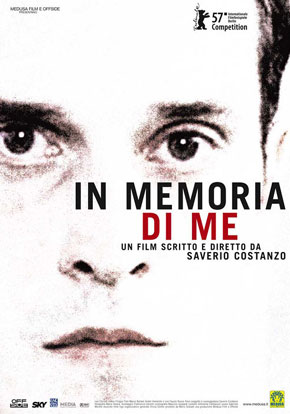