TAKVA - A MAN'S FEAR OF GOD

For over 30 years, Muharrem has led a quiet life as an employee in the same traditional part of Istanbul where he was born. A modest, introverted and lonely man of humble circumstances, he is a strict observer of the Islamic precepts: he prays a great deal and practices sexual abstinence. Muharrem’s religious devotion brings him to the attention of the leaders of a rich and powerful religious group. His reputation for being trustworthy and duteous prompts them to offer him job as a rent collector for their numerous properties. Muharrem receives a new set of clothes, he is given a mobile phone and computer; he begins to encounter such things as hypocrisy and alcoholic excess, to his own consternation he discovers his own penchant for tyranny and pride. All at once he finds himself in a world that he had previously succeeded in evading...

more about: Takva - A Man's Fear of God

While The Turkish/German co-production Takva: A Man’s Fear of God by Özer Kiziltan walked away with the EurAsia Grand Prix last Saturday evening during the closing ceremony of the 11th Tallinn...

Reclaim Your Brain, Austrian director Hans Weingartner’s first film since The Edukators (screened in competition at Cannes 2004), which had its international avant-premiere at Toronto this autumn...

The 34th Flanders International Film Festival – Ghent (October 9-20) is seeing big this year, with not one but two opening ceremonies. The “pre-opening ceremony” took place yesterday evening with...

Vivere by Angelina Maccarone will be participating in the International Narrative Feature competition at the 6th Tribeca Film Festival (25.04. – 06.05.2007). The International Showcase section...

A profitable Berlinale for The Match Factory

Cologne-based sales outfit The Match Factory can rejoice a good harvest at the recent Berlin Film Festival, where it reaped two awards (including a Silver Bear for Yella) and over 20 sales. The...

Although Europe was well represented in competition in Berlin, only two productions (Yella and Hallam Foe) and one co-production (El otro ) picked up awards. Nina Hoss, the third German actress in... 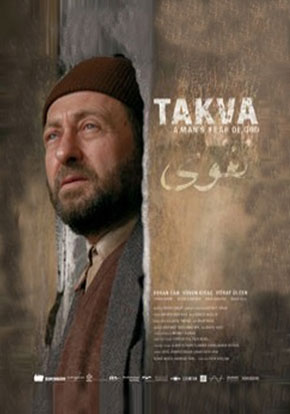