Marek, a judicial police officer, loses his colleague and best friend during an operation against a network of drug traffickers. Marek is then transferred to a new department of the Judicial Police force in charge of infiltration operations. Trained as an undercover officer, he is responsible for infiltrating a gang of drug traffickers who import cannabis resin in large quantities from Spain. The method of transport used is the Go Fast: cars loaded with drugs that travel at very high speed from southern Spain to cities in France.

Olivier Van Hoofstadt gets stuck into the shoot for Lucky

The Belgian helmer is currently filming his third feature, an off-the-wall comedy that boasts a five-star cast

Audience figures in French theatres picked up again in September after four consecutive months of decline, according to estimates published yesterday by the National Film Centre (CNC). With 9.98m...

Among the ten new releases hitting French screens today are five diverse domestic productions, four US titles and an Argentine feature. The most striking aspect is that two projects spearheaded by...

The boom of French sales agents

A barometer for the finances of international cinema and a focal point for the circulation of films beyond their national borders, the 48th Cannes Film Market (May 16-26, 2007) is the ideal launch... 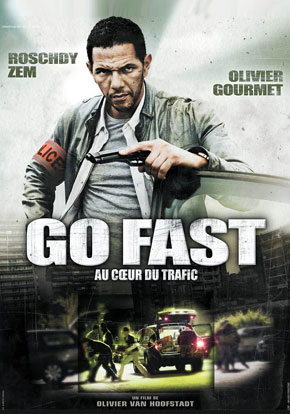