THE REST IS SILENCE

Bucharest, 1911. Grigore Ursaru, a nineteen year old actor thrilled with the emergence of the cinema, decides to become a director and make The War of Independence, a reconstruction of the 1877 struggle between the Romanians, Russians, and the Turks, which led to Romania achieving its independence. To realise this highly ambitious project to make «the longest film ever produced» and «to conquer the world», he wages an ideological, political and familial campaign to prove cinema has a promising future and is about to become an art in its own right. In an unequal yet ever changing society with extremes of poverty and opulence, his project is continually held up both by the local authorities and the big production companies like Gammoned. Constantly feuding with his father and in love with a frivolous and mercurial woman, the persistent young man does not however let his emotions get in the way of his dream.

more about: The Rest is Silence

6.9 on the Richter Scale for Premium Films

The French sales company will screen the market premiere of the new film by Romanian director Nae Caranfil, as well as My First Highway by Belgian filmmaker Kevin Meul

Closer to the Moon, the second foreign-language film by Nae Caranfil (pictured) is currently shooting in Bucharest. The production, which stars Vera Farmiga and Mark Strong, has an estimated...

The Rest Is Silence sweeps up nine Gopos

It was a long night in the Bucharest Fratelli Studios on Monday, when the third edition of the Gopo Awards wrapped up the 2008 Romanian film year. As expected, the country’s top film honours,...

The nominees for the third edition of the annual Gopo Awards, Romania’s top film honours, were revealed on Monday. The Rest is Silence, Nae Caranfil’s epic movie depicting the making of the first...

"There is an Iron Curtain between mainstream films and festival strategies"

Independent producers in the spotlight in Constanta

For the third summer in a row, the Independent Producers’ International Film Festival (IPIFF) is heating up the Romanian Black Sea town of Constanta. The festival kicks off today and runs through... 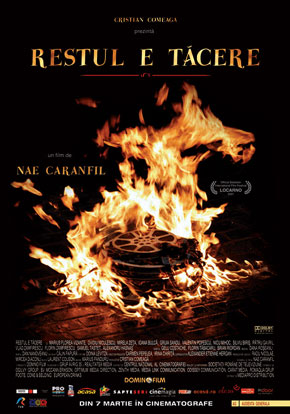