Italy, 1956. In the picturesque island of Amatrello, a unique custom keeps the young men of the village busy: when a girl turns eighteen, every boy is invited to bring a gift for her first date. However the gift is not for the girl, but for the father… who will ultimately determine which boy takes her on her first rendez-vous! Eighteen-year-old fisherman’s son Marcello doesn’t care about this tradition until he sets eyes on the enchanting Elena, the daughter of the Mayor, who has returned to the island and – according to the tradition – has come of age. As time runs out and competition rises, Marcello comes up with the perfect gift for the Mayor. But getting that gift isn't easy… Soon, he is forced to barter with the entire village, as everyone seems to want something from someone else… Marcello's frantic quest ensues, evolving into a process of reconciliation among the village’s inhabitants.

Filming kicks off on My Beloved Enemy

The Italian-Swiss director Denis Rabaglia will be shooting his third feature film in Puglia and the city of Gstaad. Starring Diego Abatantuono and Antonio Folletto

May, June and July are prosperous months for Swiss cinema as nine films bearing Switzerland’s stamp are being released in France and Germany. Jean-Luc Godard’s Film Socialism (Vega Film) was...

Switzerland will be present on all fronts at Cannes with five films, an actor and a producer. Jean-Luc Godard’s latest work, Film Socialism, is in the Un Certain Regard sidebar of the Official...

With support from the Federal Office for Culture, promotion agency Swiss Films backs the foreign distribution of Swiss productions and has an annual budget of €210,000 for this purpose. The expert...

Lacklustre results for Swiss films in 2009

The Swiss Association of film exhibitors and distributors ProCinema has recently published the film exhibition results for 2009. It emerges that with a 3.51% market share (+0.4%) and 551,003...

Inaugurated in 1946 by the fonts of the Grand Hotel gardens, which remain in the background, the Locarno International Film Festival today opens its 61st edition on the famous Piazza Grande, the...

Along with Lionel Baier’s Un autre homme (“Another Man”) in international competition and Fernand Melgar’s La forteresse (“The Fortress”) in the Filmmakers of the Present section, numerous Swiss... 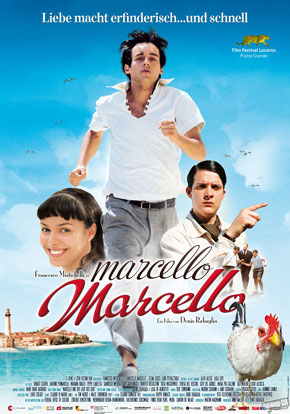