Teenager Alejandro lives in The Zone, an enclosed, residential haven of wealth and privilege in the middle of Mexico DF, protected by private security guards, surrounded by shocking poverty. In the early hours of his birthday, three kids from the slums break into one of the Zone’s houses. In the bungled robbery that follows, an old woman is killed, but her housemaid escapes and warns security. The guards take swift, brutal action: two of the young intruders are shot dead. The third - Miguel - escapes and flees deeper into the Zone. A group of resident's meet at Alejandro's family home, and quickly decide not to report the event to the authorities, but to track the intruder down themselves and administer their own justice. The manhunt begins. The Zone's residents - adults and children alike - are caught up in a show burning frenzy of fear and simmering violence. Dissenters are treated at first with suspicion, then with naked hostility.

more about: The Zone

Memento selling Marguerite, a contender for the Golden Lion

Its line-up also features A Monster With A Thousand Heads, which will open the Orizzonti section at Venice before the company sets sail for Toronto

Fedorchenko, Yilmaz and Mazzacurati in jury to select winner of Venice Award for Debut Film

With Carlo Mazzacurati (pictured) as president, acclaimed in Venice last year with La passione (in competition) and the documentary Sei Venezia, the international Jury for the 68th Venice...

From TV comedy to suspense films and maths

The awards ceremony of the Transylvania International Film Festival, held last Saturday night at the National Theatre Hall in Cluj-Napoca, saw Mexican filmmakers walk away with both the...

Late? Don’t Think About It!

Eight films are on release tomorrow, some arriving in Italy later than others. First up is the multiple award-winning Juno by Jason Reitman, distributed by Fox almost six months after its European...

While Welcome to the Land of Shtis continues its phenomenal run (14.6m admissions and €85.8m in box-office earnings), European co-productions stand out amongst the 12 new releases hitting French...

Discovered in Venice Days at the 2007 Venice Film Festival, where it won the Lion of the Future award for Best Debut Feature, The Zone (La Zona) by Rodrigo Plá arrives in France (March 26) and... 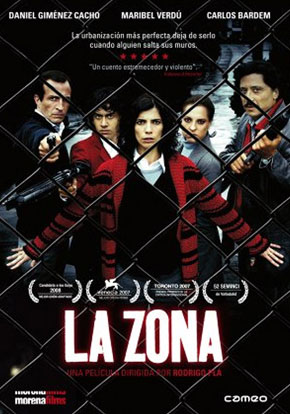