Moscow, a working class neighbourhood in Ghent, Belgium. Matty, mother of three, bumps her car into Johnny’s truck on the parking lot of a supermarket. He is furious at the dent in his bumper and yells at Matty. She fights back. Their discussion turns into a row, and the police have to intervene. Matty takes a hot bath to recover from the afternoon’s collision when the phone rings. It’s Johnny, apologizing for his behaviour. Matty tells him to stay out of her life. Later, Johnny comes to fix the dent in Matty’s car. Her children are stunned at the sparks that fly between Matty and the much younger Johnny. Before long, they go out for drinks and end up in bed together.

Love is in the air in Moscow, Belgium

A supermarket car park, a minor car crash and a thundering argument between a woman left by her husband and a stubborn lorry driver, a former alcoholic whose only reminder of his ex-partner is a...

Discovered thanks to his short films, which include Bad Hunter and Baghdad Messi, both shortlisted for the Oscars, Samir Omar Kalifa takes the plunge into the feature-length world

In Say Something Funny, Nic Balthazar and Peter Van Den Begin ask some existential questions: how can you make people laugh when you’re depressed?

CANNES 2015: The German world sales agent has seen buyers opting for films about ghost hunters and myriad other subjects

Marry Me: variation on a wedding comedy

The second film by Kadir Balci tackles the issue of multiculturalism via that most classic of vehicles: a wedding comedy

The Valladolid International Film Festival is world-premiering a comedy directed by Belgium’s Kadir Balci, who gracefully depicts a clash of different cultures, personalities and ethnic groups

Belgian films for young and old 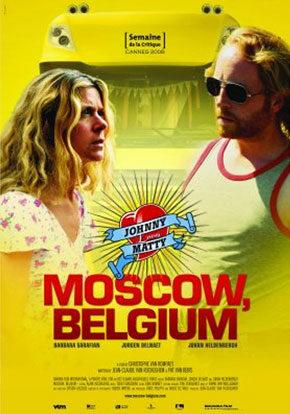 Wallimage leans towards small-screen projects for its 89th session