For centuries the windswept mountain plateau of northern Scandinavia has been inhabited by the native Sami population and their reindeers. But modernisation is about to enter the desolate village of Kautokeino where the authority is held by the prosperous and ruthless liquor dealer Ruth. One of the native tribes, led by the young woman Elen, refuses to pay their unjust debt to Ruth, leading to one of the most dramatic episodes in northern Scandinavian history.

more about: The Kautokeino Rebellion

From The Christmas Star to real crime in northern Norway

Nordic cinema in Rome with the Nordic Film Fest

The first edition of the festival will take place from May 3-6, 2012, at the Casa del Cinema, with films from Denmark, Finland, Norway and Sweden. Guests include Pernilla August

Crime and anti-corruption specialists in Rouen

Last year was the best since 2003 for Norwegian films, which upped their total admissions by almost 50% from 2007 to almost 2.7 million in 2008, according to preliminary figures published by...

Highest admissions since 2003 for local films 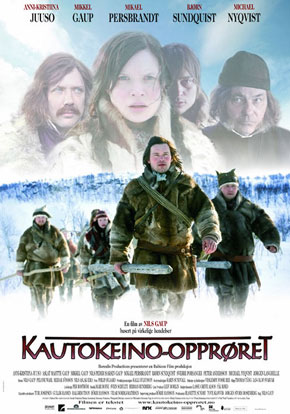