Chiko has high hopes. He dreams of wealth, power, respect and recognition. He and his pals Tibet and Curly have decided to grab a piece of the action in the local drug scene on his Hamburg high rise estate. Chiko forces a street dealer to give him the name of the man he works for – Scholle. When they pay Scholle a visit at his apartment, Chiko uses brute force to make sure that he will let his boss know that, from now on, Chiko is the top man. Shortly afterwards, the trio are kicking a ball about on the street when two guys roll up in a Mercedes and ask Chiko to get in – their boss wants to see him. Music producer and drug boss Brownie asks Chiko to tell him how he envisages repaying the damage he has done. But it’s all perfectly clear to Chiko. All Brownie has to do is drop Scholle and let him flog the drugs instead. Impressed by his self-confidence, Brownie gives Chiko the job to distribute ten kilos of grass in ten days. But on no account is he to sell on the street – he must use an apartment that Brownie puts at his disposal. This is the opportunity that Chiko has been waiting for.

The German-Turkish writer-director is shooting his new thriller, which stars Diane Kruger in the lead role

Constantin has the last word with Blutzbrüdaz

While most distributors are being quite cautious during the Christmas holidays (only five new films are being released in this last week of the year), Constantin (which launched its big Christmas...

One week ago, Detlev Buck (Same Same But Different) started shooting his latest project, the comedy Rubbeldiekatz. It is produced by the director’s company, Boje Buck, with another Berlin-based...

On Friday evening, Berlin’s Radio Tower hosted the Lola German Film Awards ceremony. The prizes – worth a total of €2,845,000 – were rather evenly distributed among the different nominees. Widely...

From April 16-22, the Lola Festival 09 will give cinemagoers from 18 German cities the chance to (re)discover on the big screen the Lola (German Film Awards) finalists for Best Film, Best...

The German Film Academy has chosen the nominees in the 15 Lola German Film Awards categories. With seven nominations, the front-runner is John Rabe by Florian Gallenberger (Shadows of Time), a... 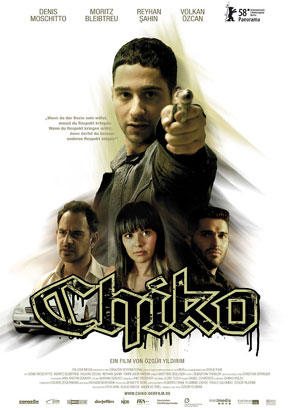