IN THE ELECTRIC MIST

New Iberia, Louisiana. Detective Dave Robicheaux is hunting down a serial killer responsible for the deaths of several young women. Returning from yet another horrifying crime scene he meets Hollywood star Elrod T. Sykes. The star, who is currently in town shooting his latest film financed by ‘Baby Feet’ Balboni, the local hood, tells Dave that he has seen floating in the swamp the partially decomposed body of a black man in chains. The discovery unleashes painful memories of a previous case for Robicheaux. At the same time he begins to suspect that the two cases are somehow connected. But the closer Robicheaux’s investigations bring him to the murderer, the closer the murderer gets to Robicheaux’s own family...

more about: In the Electric Mist

In the Electric Mist

The complexity of guilt and idealism

Interview with the French director before the international press at the Berlin International Film Festival, where In the Electric Mist screened in official competition

Joachim Trier’s project will be coproduced by the cinema branch of the Franco-German channel, as is the case for the next films by Loznitsa, Hers and Pariser

Awarded, rather like the Golden Globes, to the best artists of French and Francophone cinema by foreign journalists based in Paris, the 15th Lumière Awards will be presented on January 15....

After success with In the Electric Mist (a Berlin competition entry and a current box office hit in France), Bertrand Tavernier is taking a break from thrillers and has started working on a...

With 85.72m admissions for the first five months of 2009, audience figures in French theatres have dropped by 5.5% compared to the same period in 2008, according to estimations published by the...

Advances on receipts for Tavernier and Ferroukhi 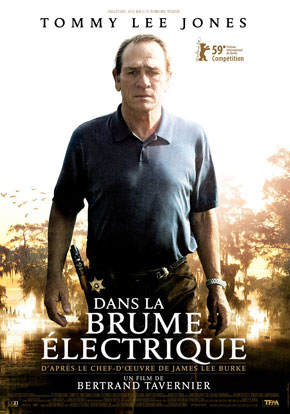