A convoy of Russian soldiers finds itself trapped in the mountainous Chechen landscape, lost in unfamiliar hostile territory. All around them explosions and gunfire from the unseen enemy shatter the stifling air. The commander of the garrison sends out the seasoned Rubakhin and the young rifleman Vovka to take captive a local who knows the mountain trails and could lead the men to safety. After a brief exchange of fire, the two men seize a young wounded Chechen who, although he doesn’t speak Russian, seems to have understood his task. On this scorching summer’s day, the incongruous threesome have to make their way through the difficult terrain, forcing all of them to show mutual consideration and willingness. However, the proximity of the Chechen settlements soon destroys the intimacy that has developed between the men, and the captive has to pay a terrible price for his role as their passport to safety.

In this season when awards rain down like showers of golden leaves, two German festivals focusing on films from other European countries have announced their prize-winners. The international jury...

Danish director Henrik Ruben Genz received the Crystal Globe for Best Feature Film and a cash prize of $30,000 for his film Terribly Happy at the gala closing ceremony of the 43rd Karlovy Vary...

Czech-born director Ivan Passer will lead an international jury in selecting the grand-prize winner of the 43rd Karlovy Vary International Film Festival . Fourteen films are competing in the... 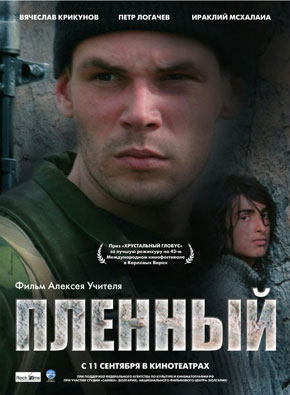