Travelling in a freight lorry, a cargo of Kurdish adults and children are trying to cross borders to illegally enter Great Britain. This long journey is endured in deplorably unhygienic conditions: with no stopovers, the passengers can neither wash or go to the toilet. Kept in darkness, with only a tiny grill at the back of the vehicle for a window, they are in constant fear of being discovered. At the same time, in France, a young executive is supervising the relocation of a factory to a cheaper country. Despite his sense of guilt about the angry workers, striking against the loss of their jobs, he still goes to Hungary to set up the new team over there. Living in a small hotel room, unable to speak a word of the local language, he suffers intense loneliness. Meanwhile, a female student on holiday is travelling across Europe alone, using a digital camera to film vagrants and the many people flayed raw by life, whose strength she admires. Arriving in Budapest, she meets a young Polish woman who invites her to stay. These travellers from different countries and backgrounds inhabit the same places but never meet. These migrations seem to be an everyday part of life of Europeans, forced to keep moving to survive, to keep their jobs, to stave off boredom, and finally find their promised land.

Memoir of War is the French candidate for the Oscars

Emmanuel Finkiel’s feature, an adaptation of one of Marguerite Duras’ works, will represent France in the race for a nomination for the Oscar for Best Foreign-language Film

"I play the card of total subjectivity"

We met up with French director Emmanuel Finkiel at Les Arcs European Film Festival to talk about his remarkable new film, Memoir of Pain

SAN SEBASTIÁN 2017: French filmmaker Emmanuel Finkiel delves into the life of Marguerite Duras, adapting her 1985 novel into a sombre, pensive and impressionistic film

An extravagant line-up for TF1 Studio

The firm has three titles at Venice, including Hannah vying for the Golden Lion, one on show at Toronto and Memoir of Pain competing at San Sebastián

Hazanavicius, Doillon, Mouret, Finkiel, Provost, the Rénier brothers, the duo of Olivier Peyon and Cyril Brody, and Lorenzo Mattotti have also been selected

L’Ascension: “For you I would climb Everest!”

A Decent Man: A chilling analysis of society

Nicolas Duvauchelle and Mélanie Thierry are toplining the movie, which is produced by Thelma Films and sold by Bac Films 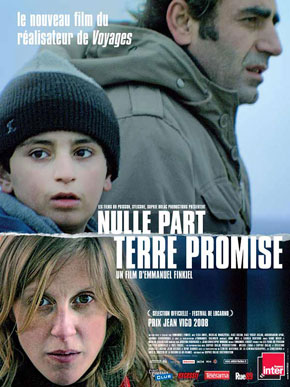