Before the notion of the “It Girl” existed, Georgiana Spencer, the Duchess of Devonshire, was the personification of the term. Married at a young age in 1774 to the powerful Duke of Devonshire, she used her wit, feminine wiles and innate flair for fashion to become one of the most beloved and influential figures in British society and politics.

more about: The Duchess

British period piece The Duchess by Saul Dibb (Bullet Boy) screened at the Rome International Film Festival today. Based on the bestselling biography by Amanda Foreman, it portrays the life and...

Journey’s End: An unsent letter from the front

The return of Sherlock Holmes

Ferrara and the Dardenne brothers for the 48th session of Wallimage

Will Mathias Schoenaerts return to the Oscars? 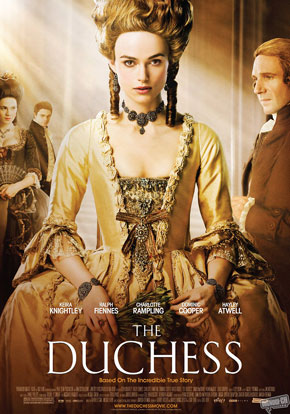