When news of an inheritance for members of the Castiñeiras family reaches the small town of Yamaguey, the community is thrown into chaos. Bernardito is at first skeptical, but after accessing the Internet and discovering that the story of the unexpected legacy has made headlines around the world, he begins to believe it could be true. In the eighteenth century a group of Castiñeiras nuns deposited treasure in a British bank, and it has been accumulating interest ever since. According to the authorities, the amount owing to each family has reached millions of euros. Buoyed by the promise of wealth, Castiñeiras descendents from all around Cuba begin banding together to try to prove their eligibility. But matters are complicated by the fact that there are two different Castiñeiras family lines, and no one is sure which faction is entitled to the money.

more about: Horn of Plenty

A total of 12 Spanish (co-)productions will be presented at the Toronto International Film Festival, whose 33rd edition kicks off today. In the last 10 years, every winner of the Best Foreign... 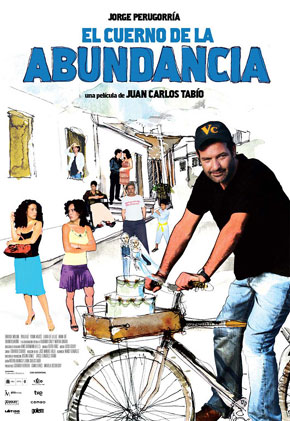