Inspired by Jacques Mesrine's autobiographical book "L'Instinct de mort" – which he wrote in prison shortly before his magnificent final escape – Jean-François Richet's fast-paced drama charts Mesrine's rise from a wayward French soldier in Algeria to a bolder and bolder criminal on the streets of Paris. Mesrine's outlaw odyssey even brought him to Canada, where he fell in with separatist radicals in Quebec. Thirty years after French police gunned him down in a spectacular shootout, his infamy lives on. Equal parts thriller and biopic, Mesrine remains faithful to its central character, a dynamic figure who is by no means a model protagonist.

Intense violence, cruelty, ideals and betrayals run rife in screenwriter-cum-director Abdel Raouf Dafri’s first feature film, which follows a commando on a mission at the height of the Algerian War

The Paris-based firm will be selling the directorial feature debut by Abdel Raouf Dafri, a Moana Films production that is currently being filmed

Vincent Cassel, Olga Kurylenko, Freya Mavor and Denis Menochet are among the cast of the film by Jean-François Richet, being staged by Mandarin and sold by Gaumont

Karim Leklou, Isabelle Adjani, Vincent Cassel and Oulaya Amamra are among the cast of the filmmaker’s second feature, which is being produced by Iconoclast Films

Vincent Cassel is Gauguin in Tahiti

The actor is currently shooting for Edouard Deluc’s film, in which he will portray the famous artist, a Move Movie production, co-produced by StudioCanal and Cohen Media Group

Vincent Cassel, Romain Duris and Sandrine Kiberlain are among the cast of this Curiosa Films production, being sold by Films Distribution

L’Ascension: “For you I would climb Everest!” 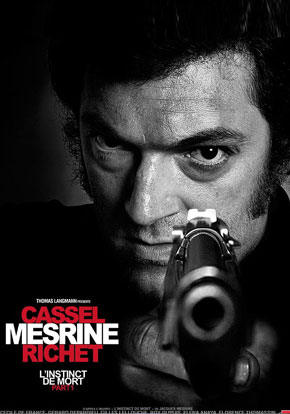