At the headquarters of the Central Intelligence Agency in Arlington, Virginia, analyst Osborne Cox arrives for a top-secret meeting. Unfortunately for Cox, the secret is soon out: he is being ousted. Cox does not take the news particularly well and returns to his Georgetown home to work on his memoirs and his drinking, not necessarily in that order. His wife Katie is dismayed, though not particularly surprised; she is already well into an illicit affair with Harry Pfarrer, a married federal marshal, and sets about making plans to leave Cox for Harry. Elsewhere in the Washington, D.C. suburbs, and seemingly worlds apart, Hardbodies Fitness Centers employee Linda Litzke can barely concentrate on her work. She is consumed with her life plan for extensive cosmetic surgery, and confides her mission to can-do colleague Chad Feldheimer. Linda is all but oblivious to the fact that the gym's manager Ted Treffon pines for her even as she arranges dates via the Internet with other men. When a computer disc containing material for the CIA analyst's memoirs accidentally falls into the hands of Linda and Chad, the duo are intent on exploiting their find.

more about: Burn After Reading

At the start of the month, A-Films signed a distribution contract with Relativity Media. This contract is the result of an international campaign launched by the US company at the American Film... 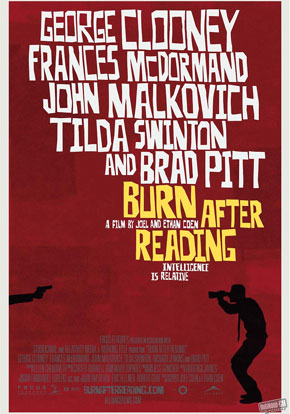