Inspired by the controversial book by Giampaolo Pansa, the film looks back at the story of a family torn apart by political divisions at the very end of the Second World War: the son joins the partisan brigades, while the daughter starts to serve in the Fascist army. Midway between an historical reconstruction and a political thriller, an extreme journey through the contradictions in Italy's past.

The Rome Film Festival saw political controversy and a heated debate on revisionism with tonight’s screening (in the Special Screenings sidebar) of Michele Soavi’s Il sangue dei vinti (“The Blood...

Andrea Crisanti, set designer for Antonioni,Taviani, Tornatore and Tarkovskij, has passed away

He started with Mario Monicelli's The Great War in 1959 and over the years he has worked with some of the greatest masters of Italian cinema. A member of EFA, he was the head of the Scuola...

This weekend brings with nine new releases, from Italy, Europe and the US. Archibald Enterprise is releasing a 24-print run (which will increase if the film is successful) of this year’s Golden... 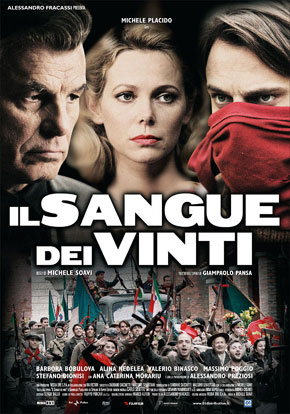