Fallen Angels is the second cinema film in the series about the private investigator Varg Veum. A chance meeting with an old class mate takes Varg Veum back in time, for instance to the popular Bergen rock band Angel Anatomy in the late 1980's. Then a murder occurs, and Veum starts unravelling a thread leading him all the way back to his own childhood and adolescence.

Terje Rangnes is filming “the classic of all Norwegian Christmas classics”, slated for a national premiere on 11 November

A broken family in the Valley of Shadows

After three shorts, Jonas Matzow Gulbrandsen is ready for his feature debut, which stars Kathrine Fagerland in the lead

Producer Sandra Harms will be the head of Miso Film Sweden, already preparing a feature – 438 Days – and an eight-part thriller series for Sweden’s TV4

When The Curse of Poverty set Norwegian films rolling

Backed by ten Amanda nominations – Norway’s national film prize - Norwegian director Maria Sødahl’s Limbo cashed in half of them on Saturday (August 20) at the televised awards ceremony in...

The dramatic battle of Dybbøl of April 18, 1864 – where Denmark lost to the Prussian and Austrian armies – is being brought to the screen by Danish filmmaker Ole Bornedal. Slagtebænk Dybbøl (the...

Two of Scandinavia’s leading production companies – Sweden’s Yellow Bird (Millennium films) and Norway’s Friland Film (Upperdog) – are preparing the film adaptation of Headhunters, based on the...

The Writing on the Wall (Skriften på veggen), the first feature film in the new Varg Veum series, will start filming next week with a stellar Danish/Norwegian cast that includes Nikolaj Lie Kaas... 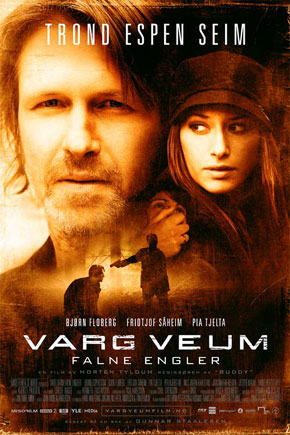