The film adaptation of the famous musical. It tells the story of a single mother who owns a little hotel on an idyllic Greek island. As she prepares to marry off her daughter Sophie, the bride-to-be wants to know who her father is before the wedding bells start ringing. To her mother's surprise, three men turn up on the doorstep of her picturesque house, all of them people she knew intimately twenty years earlier. Which of them is Sophie's father?

more about: Mamma Mia! The Movie

According to the “Fictional Narrative & the Meaning Factory” panellists, creativity is a way to survive

During the online conference organised by StoryTANK, researchers and story-development specialists discussed the ways in which stories can resonate with the audience

"This film is an homage to the Italian diva"

Colourful, vivacious and altogether joyous guilty pleasure from Nacho Álvarez, based on the songs of Raffaella Carrà — who taught us such important lessons as ‘making love is better in the south’

Phyllida Lloyd prepares herself for Herself

The English film and stage director is working on her third feature, a Dublin-set drama tackling domestic abuse and the current housing crisis

Pierce Brosnan to be honoured at this year’s EFAs

Tom Tykwer starts shooting A Hologram for the King 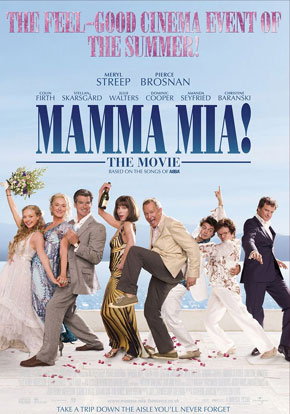