ECCENTRICITIES OF A BLONDE-HAIRED GIRL

Macário is the name of the young man. He works as an accountant for his Uncle Francisco in Lisbon. From the veranda of his office he can see into the window of the house opposite. This is where a young woman lives who is very fond of standing at the window cooling herself with a Chinese fan. Macário falls in love with her on the spot. Noticing someone he knows leave her house one day, he enlists the friend’s aid to make the young woman’s acquaintance. The two soon get to know each other and, before long, a wedding is on the cards. But then – disaster strikes – the uncle forbids their marriage! When Macário insists on marrying the woman he loves, his uncle gives him his marching orders. Macário winds up on the Cape Verde islands where he looks after a friend’s business interests. Now a rich man, he returns to Lisabon and once again plans his wedding to the young woman. However, fate deals him yet another cruel blow. Macário’s friend begs him to do him a favour and stand surety for his vast debts. Macário agrees – only to discover a few days later that the ‘friend’ has gone abroad, taking Macário’s entire fortune with him. Once again, his dream of marriage seems to have receded into the distance…

more about: Eccentricities of a Blonde-haired Girl

Eccentricities of a Blonde-Haired Girl – the latest work by Portuguese master Manoel de Oliveira – was shown to the Berlinale press in a special screening yesterday. The film is based on Eça de...

Portuguese cinema under the spotlight in Seville and Segovia

Joaquim Pinto’s What Now? Remind me… is one of the many Portuguese titles to screen in the two Spanish festivals

“The main thing is to respect the spectator”

Barcelona-based producer Luis Miñarro imagines the future of auteur cinema. It will be different, he says, but no one will be able to stop it

This year, Cannes’ Un Certain Regard sidebar presents a line-up of appealing titles by both young and established directors, from Xavier Dolan and Agnès Kocsis to Jean-Luc Godard and Manoel de...

The 9th Seville Film Festival (November 6-14), one of the most important events dedicated to European cinema, is underway . This celebration of European film includes a large number of...

In the Austrian capital this evening, the Viennale (October 22-November 4) will kick off with a screening of Tizza Covi and Rainer Frimmel’s Italian/Austrian co-production La Pivellina. The film,...

A French feast at Toronto

Honoré focuses on family in Making Plans for Lena 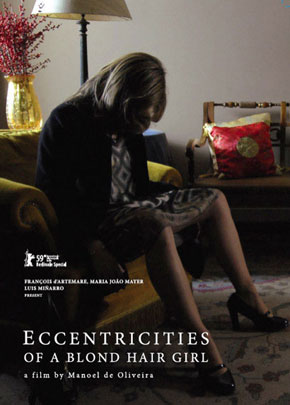