Bazarbai is a young, carefree and curious Kazakh nomad boy who yearns to leave the steppes and go to the city. His father has promised that he will go to school, but breaks that promise and instead sends him to train for taking on the responsibility of the family’s 4000-year-old tradition of being an eagle hunter. Bazarbai enters into a conflict with his dad, but his older brother rebukes him. If he wants to be an adult, he must take on his responsibilities.

more about: The Eagle Hunter's Son

Everyone Else and everyone else

Today, Prokino is launching Maren Ade’s second feature Everyone Else, which won the Grand Prize (ex aequo) and the Silver Bear for Best Actress at the latest Berlin Film Festival. Produced by... 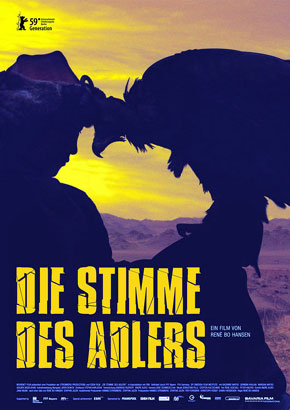