"I will happily continue to tell female stories" 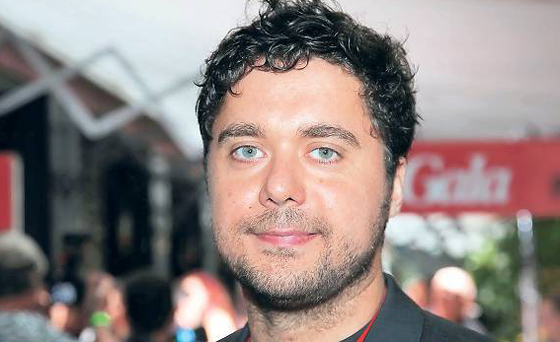 After wide critical acclaim from German cinema for his debut film, Combat Girls [+see also:
trailer
interview: Jella Haase
film profile], David Wnendt has accepted to adapt Wetlands [+see also:
trailer
interview: David Wnendt
film profile], the novel by writer Charlotte Roche. The book is partially autobiographical and was a global bestseller in 2008. The book was the object of controversial comments from German feminists. Main character Helen is 18 and has a strange relationship with her body and an obsession with bodily fluids, strongly contrasting with the image of shaved and perfumed women society praises. Sex has become an escape from the  complicated relationship she has with her parents. Swiss Carla Juri, one of the Berlin Film Festival shooting stars will take on the main role in this controversial film in the running for the Golden Leopard at the 2013 Locarno Film Festival.

Cineuropa: Choosing the right actress is key in a story where the main character is so particular. How did you decide Carla Juri was the right person to play Helen?
David Wnendt: Casting was a long process. I needed actors to show me all the nuances the character would have to take on in the film. And in the case of this film, that was very complicated because, above all, it included explicit nudity scenes. The book is not naturalist. Its style is actually very concrete. And Carla responded best to this universe created by Charlotte Roche.

The novel does not come across as one that would be easy to adapt into a film. But the final result is very visual and dynamic.
In this case, the book is not film-like at all. A hospital bed is the setting for about 80% of the story. It is full of internal monologues which need to be transformed into visual metaphors and dialogues. This is why the secondary characters had to be developed much more than they were in the book.

What was working with the author like?
I felt double amounts of pressure when I started the project because the book was a great success and because the author was from my own generation. I did not know Charlotte personally, but I knew her work both in terms of television and books. When we met for the first time, she told me she had no intention to participate in the creation of the film and she gave me total freedom of movement.

In Combat Girls you retraced West Germany’s far right movement. Now you are adapting one of the most controversial novels from recent German literature. It seems you feel comfortable with uncomfortable subjects. Why is that?
Yes, it is true. The process of film production is complicated and involves investing many years of one’s life, which is why you need to find something that keeps your interest alive. For me, that is what needs to be done in order to pay attention to the tone of the themes I am looking at. They can become very controversial if they are not tackled in the right way.

This is your second film, once more you have chosen to draw the portrait of a woman. Why do you feel the need to show women’s universe?
There are film schools where there are equal amounts of male students and female students. Still, there seems to be more male directors than female ones. As long as women continue to have fewer opportunities in this industry, I will happily continue to tell female stories.

Markus Duffner • Head, Locarno Pro
“This year, we wanted to observe the industry from the inside, to see how we’re doing now, but also how we were doing pre-Covid”

Cristina Fraile • Producer, Maluta Films
“We are always on the lookout for co-productions that inspire us”

Benjamin Illos • Asian correspondent, Directors’ Fortnight
"I believe the films submitted to us have ambition to meet genuine enthusiasm from worldwide cinema aficionados"

Yin Ruoxin • Director of Sister
"Female filmmakers, like all filmmakers, care for the whole world and do their best to tell the stories that touch their hearts"

Andrei Huţuleac • Director of #dogpoopgirl
“We couldn’t predict that social media would become so important, so we are still in the process of discovering its potential”