27/11/2015 - Danish director Martin Zandvliet is covering new ground in his latest feature, Land of Mine, making the leap from personal portraits to a historical epic. 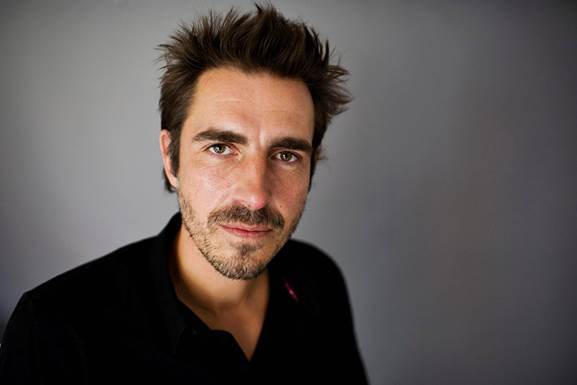 After five years of German occupation, Denmark was finally free again on 5 May 1945: German troops headed south, yet 2,000 refused to leave – as prisoners of war they "volunteered" to clear the Danish coast of 2.2 million landmines, which Nazi Germany had planted to prevent a British invasion.

Zandvliet has most recently delivered the script for Danish director Mads Matthiesen’s new film The Model (news), and he is about to start forging an international career, too. He has been signed up to direct Kursk, about the Russian nuclear submarine. US screenwriter Robert Rodat, who was Oscar-nominated for Steven Spielberg’s Saving Private Ryan (1998), has scripted the film, which is being staged by France’s EuropaCorp.

Cineuropa: Your two previous films – Applause and A Funny Man – are both connected to the stage. Is this a particular interest of yours?
Martin Zandvliet: No, it is more or less a coincidence. The stage doesn’t play an important role; the key is actually the range of characters involved in the two dramas. In Applause, it was the actress Thea, fighting her own battle to create a context for her life as a woman, a mother, a former wife and an actress. In the same way, A Funny Man is about a man and his personal demons – about the lives he lived in public and as a private person, where he was constantly seeking out love and security on his own terms.

There is undeniably a big leap from strong personal portraits to a historical epic, isn’t there?
In Land of Mine, the personal drama is also central, so in that way it is not so different from the others. But obviously it has been an exciting challenge to involve the forces of nature and a unique scenic environment, but the personal drama is still the focus.

The film is based on an untold chapter in the history of Denmark – how did you become aware of it?
By chance I was made aware that apparently there are still "wounds" in our history that have not been healed – reservations and suspicions regarding our neighbours to the south, which are still smouldering. It piqued my interest, and when I came across a book describing the operations on the west coast, it was all very obvious.

Why do you think the story has remained untold until now?
Historical myths are found in the storytelling of all nations. We prefer to see ourselves with our own heroes, creating our national and historical identity from the stories we are told. So putting ourselves in a positive light, we tend to suppress some of the most moving narratives from our own past.

In Denmark, we have seen several historical films over the last few years – why do you think they have made a comeback?
For one simple reason: we want to understand our own past in the hopes that we can better understand our present and can be prepared for our future. I am myself greatly concerned with historical dramas and the upheavals that history has brought, and which are tackled by them, because they have often been of great importance for the individual.

What happens in your film?
It is pretty simple because it is a story of hatred, revenge, forgiveness and reconciliation – about a Danish officer who, after the occupation, becomes the commander of a platoon of German prisoners of war. Like the rest of the population, he is filled with anger and hatred, and wants revenge on the Germans. But after a while, he discovers that the enemy also has a name, a face and a heart. It develops into an inner conscientious struggle for the Danish soldier – to move from hatred to forgiveness is, as we know, the most difficult step to take.

You seem to have a busy schedule – what’s new in terms of your upcoming projects?
Both my Danish and my international films are already in the pipeline, but it would still be too early to say any more about them right now.

Julie Lind-Holm Hansen • Commissioning editor of Animation, DR
“Mainly, we are looking for content for kids aged between four and ten years old”

Zosia Horszczaruk • Head of industry, Kids Kino Industry
“Our task is to turn the spotlight on the recent productions coming from the CEE region”

Manuel Abramovich • Director of Pornomelancolía
“I don't have any fixed work method; I question myself all the time”

Marco Martins • Director of Great Yarmouth: Provisional Figures
“The film is named after the city because the entire city is sick”