03/05/2018 - We chatted to Elena Christodoulidou, senior cultural officer at the Ministry of Education and Culture of Cyprus, about the present and future of Cypriot cinema 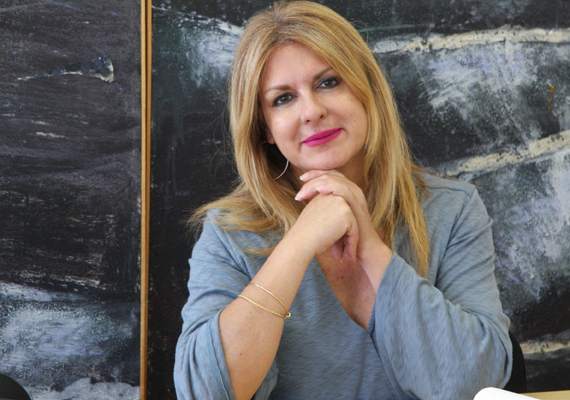 On the premises of the 16th Cyprus Film Days International Festival, and on the heels of Marios Piperides winning Best International Narrative Feature at Tribeca (see the news) for Smuggling Hendrix [+see also:
film review
trailer
interview: Marios Piperides
film profile], we had a chance to talk to Elena Christodoulidou, senior cultural officer at the Ministry of Education and Culture of Cyprus, about the present and future of Cypriot cinema, and why Cyprus can prove an excellent partner for co-productions.

Cineuropa: The Ministry co-organises the Cyprus Film Days; how important is this for you?
Elena Christodoulidou: The Cyprus Film Days is co-organised by the Cultural Services and the Rialto Theatre, with the aid of several sponsors and colleagues. It has been established as the most important international cinematic event in Cyprus for feature films, and it expands every year. The state understands the importance of cinema; thus we have supported the festival since its inception. It is a small festival with limited resources, compared to other, more established gatherings, but this could be seen as part of its magic, since the artistic directors and the employees are careful to embrace the guests and the audience in a very friendly manner.

Smuggling Hendrix won at Tribeca, and four local films participated in the Cyprus Film Days; is this a good year for Cypriot cinema?
Undoubtedly, this is a great year, especially if we take into account our limited budget. The state-funding situation is not ideal, and some years we don’t even get any films produced. Systematic support from the state only started in 1994, and it was brought within the competencies of the Ministry of Education and Culture in 2004. We support films at all stages, from script development to festival and cinema distribution, and across all formats. Certainly, international co-productions play a crucial role, and we plan to increase the budget for cinema.

You recently announced a tax-rebate scheme; could you give us any further information on this?
The Cultural Services started this discussion quite early on, and the political decision was officially taken last year. The promotion of this new scheme has been undertaken by the Ministry of Finance, in partnership with the Directorate General for European Programmes, Coordination and Development, the Cultural Services, and the Cyprus Investment Promotion Agency. The scheme’s goal is to develop the audiovisual industry and the promotion of Cyprus as a shooting location, while offering a combination of sponsorship schemes and tax incentives, such as a cash rebate, a tax credit and VAT exemptions. The maximum support can reach 35% of the eligible costs to be incurred in the Republic of Cyprus, with a minimum spending of at least €200,000 in the case of feature films, €100,000 for drama series, €50,000 for documentaries and €30,000 for any other TV programme. We will announce more details soon, and for the implementation of the scheme, which is managed by the Cyprus Investment Promotion Agency, a special committee (EERP) has been set up. I believe that we will have the first call for project submissions in 2018.

What is the added value of Cyprus?
Cyprus is an incredibly attractive destination, with multiple advantages for international co-productions. Apart from the aforementioned incentives, I would emphasise the geographical location, as the island is close to Europe, the Middle East and Africa, and embraces the characteristics of all three regions. The exceptional climate, combined with the sunshine and low rates of rainfall, is of course an advantage, but above all, you have a variety of landscapes and immense natural beauty by the sea and the mountains, which can include green forests and arid areas. If we add in the traditional villages and modern cities in conjunction with the political stability of Cyprus, we have quite a handful of assets. I would also add the highly qualified level of the technical staff in the field, the professionalism of our producers and our extreme hospitality, which ensures high living standards. It is also important to mention the high-level infrastructure – mainly telecommunications and other services – as well as the widespread use of English and other European languages.

Shariff Korver • Director of Do Not Hesitate
“I didn't want to make a film about the bigger picture of the military, but to focus on the experience of being a soldier”