11/05/2018 - CANNES 2018: We talked to Tehran-born director Ali Abbasi about his sophomore effort, Border, based on a short story by John Ajvide Lindqvist 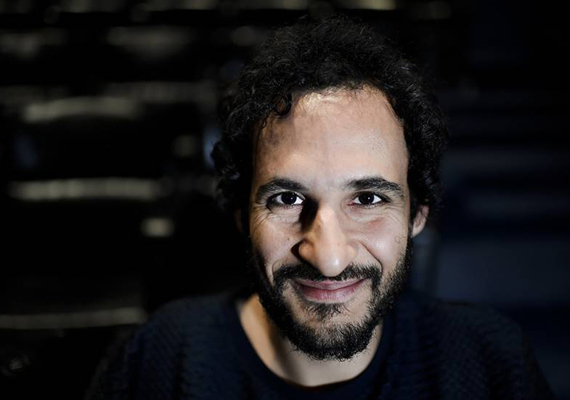 Tehran-born director Ali Abbasi has covered plenty of ground during his first 37 years on the planet. In Iran, he worked with assorted publishers and magazines, specialising in short-story writing. He studied at the Tehran Polytechnic University until 2002, when he travelled to Europe, settled in Stockholm and graduated with a BA in Architecture in 2007. He then applied to and was accepted at the National Film School of Denmark, where he graduated in 2011. His feature debut, Shelley [+see also:
trailer
film profile], premiered in the Panorama section of the 2016 Berlinale, and his sophomore feature-length effort has been entered into this year’s Un Certain Regard selection at Cannes. Border [+see also:
film review
trailer
interview: Ali Abbasi
film profile], based on a short story by John Ajvide Lindqvist (Let the Right One In), is a strange tale of strange outsiders, seemingly walking among us humans, but very much unlike us in several respects.

Cineuropa: What attracted you to John Ajvide Lindqvist’s novella, and how did the journey go from page to screen?
Ali Abbasi: It started a little over ten years ago. My good friend Milad Alami – he’s a director as well and doing quite well at the moment with his feature debut, The Charmer [+see also:
film review
trailer
interview: Ardalan Esmaili
interview: Milad Alami
film profile] – and I had seen Let the Right One In [+see also:
film review
trailer
interview: John Nordling
interview: Tomas Alfredson
film profile] and really liked it. Milad told me about a short story by John called Border. “Have a look at it; it’s weird,” he said. So it had been in the back of my mind, and when I was asked to do a Swedish project some five years ago, it felt like the right thing to suggest. I had a very good talk with John, who also provided me with a more celluloid-friendly draft, which I then got his blessing to alter and expand. I wrote together with Isabella Eklöf; we have taken liberties but have also been true to the core of the story. John really likes the film, he says.

Besides the “usual suspects” like Trier and Bergman, Border is one of the relatively few Nordic representatives at this year’s Cannes. When Cannes, Venice and Berlin invite Scandinavian or Nordic films, they more often than not go for an eccentric or even grotesque style. We also have, for example, Roy Andersson or…
Ruben Östlund. I know. I think that film festivals are a little like cultural buffet tables; you have some mango and some pineapple and some salmon, etcetera. I’m originally from Iran, and the situation is exactly the same there. On continental, mainland Europe, Iran and Scandinavia are regarded as exotica, thus they want “exotic” fare. Our “mainstream” films don’t make it here. Perhaps they’re not good enough. Also, the whole Nordic region has a smaller population than half of France. They are stronger in numbers, and possibly also in a certain cinema tradition. That said, Sweden should be very grateful for Ruben Östlund. There are very few like him around, anywhere.

Recently, and possibly connected to this “eccentric” school, several internationally acclaimed Swedish films have showcased some very elaborate – and sometimes also Oscar-nominated – make-up; The Giant [+see also:
film review
trailer
interview: Johannes Nyholm
film profile], A Man Called Ove [+see also:
trailer
film profile] and The 100-Year-Old Man Who Climbed Out the Window and Disappeared [+see also:
trailer
film profile] immediately spring to mind. Border certainly continues this tradition.
And we do it at a world-class level. Göran Lundström, who did the work on Border, deserves every award he can, and will, get. I never thought of Border as a “make-up film” in the beginning. I looked for good faces and found them on Eva Melander and Eero Milonoff, and we built the characters from there. But I like the gradual development into an elaborate F/X project, as long as we don’t get into some kind of Christmas pantomime thing. I think we steered clear of that.

Katarína Tomková • Producer, kaleidoscope
“I wouldn’t be able to work on a project unless I knew it inside and out”

Marc Baschet • Chairman, Bridging the Dragon
“The biggest challenge is to make films that reflect each country’s culture, without being a ‘mishmash’ of cultures”

Cécile Salin • Distributor, Diaphana Distribution
“I’m more worried about the repercussions the pandemic will have in the following years”