“Throughout history, women have always been warriors”

15/05/2018 - CANNES 2018: Cineuropa met up with Eva Husson, the director of Bang Gang and now also Girls of the Sun, which has screened in Cannes’ Competition 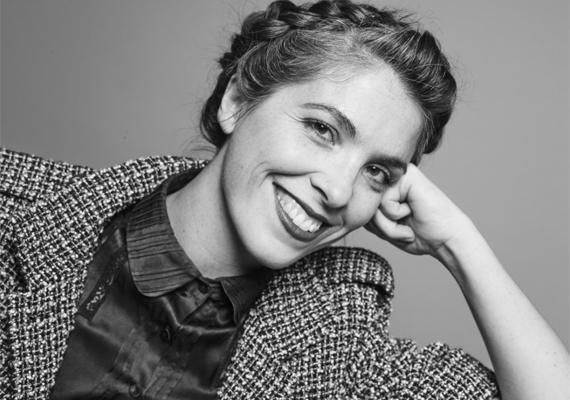 When in Kurdistan, a French reporter (Emmanuelle Bercot) meets Bahar (Golshifteh Farahani), the charismatic commander of the Girls of the Sun battalion, desperate to fight the extremists that abused her and killed her family, all the while trying to find her long-lost son. We chatted to the director of Girls of the Sun [+see also:
film review
trailer
interview: Eva Husson
film profile], Eva Husson, after her latest effort screened in competition at the Cannes Film Festival.

Cineuropa: How did you decide how graphic you wanted this film to be? After all, you are talking about sex slavery, too, as many women who enlist have experienced the horrors of captivity.
Eva Husson: As a woman, I often feel a bit upset when I see the way violence towards women is presented on screen: it’s almost as if some directors, and viewers, took pleasure in rape scenes. I decided to keep it to an absolute minimum, also because I didn’t want to alienate people.

I went to Kurdistan and met with as many women as I could: captives, ex-captives, female fighters and even reporters. I am not Kurdish, obviously, but I hate it when movies attempt to represent one nation or one culture, instead going for something completely different. Ours was a small production, but we were flying people in from all over the place – people who were Kurdish. One of the actresses fled the country when she was only three years old, after her father was murdered. She still carries it inside. If I had shown everything as it really is, most people wouldn’t have been able to take it. They would have said: “It’s too much.” But believe me – the reality is beyond anything you could ever imagine.

Is the French reporter, Mathilde, a bit like you? An observer coming in from the outside, trying to understand what these female fighters are making a stand for?
Mathilde is more representative of the Western world in general. She has been to war, so she is not a newbie, and she is not naïve. But I wanted her to have this empathy towards the girls because that’s what I noticed about good war reporters – they are not afraid to care about these people. I think the only moment when I allowed myself to be in there was when we hear Mathilde’s voiceover. Everything she says I could have said as well. As Westerners, we should take responsibility for a lot of things that happen in the world that we enabled or caused. Kurdish people were the only wall we had that protected us from extremism, and what they achieved on their own is truly remarkable. But they don’t represent money, and they don’t have any diplomatic power, so nobody takes their struggles seriously.

Do you think that when it comes to wars or any type of armed conflict at all, women’s suffering is often overlooked? Newspapers mention how many were killed, not how many were raped.
Thank you for this question. The male perspective has been dominant for so many years, and that has led to a huge chunk of the world not being represented at all, not being seen or heard. I think the first reactions to my film show that it’s still a problem, but it’s up to us to keep the conversation going.

Throughout history, women have always been warriors. The Amazons aren’t just mythological – they really existed. In 1942, there were thousands of female warriors on the Russian front. But in terms of cinema history, it has never been shown. It’s always the same thing – two steps forward, one step back. But if we all keep pushing and take responsibility for our actions, I think we will finally move forward.

In the case of these women, fighting often gives them a voice they wouldn’t otherwise have. For the first time in their lives, they are seen as equal to men.
That’s an important reason why so many of them enlist. Let’s not kid ourselves – their society is extremely patriarchal. I remember that when I first saw a picture of a female fighter breastfeeding, it struck me as very powerful. Some women go to the front, and they have their mothers or sisters come over and bring their children with them. That’s how they keep having this bond. These girls understand that for them, it’s either about being stuck in the house for the next 30 years or fighting for their freedom. So they decide to fight.

I really wanted to make this film because in terms of storytelling, we live in the “White West”. There are so many stories left to tell, so we should encourage every single female filmmaker to go and explore their territory. Just go for it! There is still a lot to do, but for the first time in years, what’s coming next looks exciting.

Even though Girls of the Sun is a war movie, it feels very intimate. Was that always your intention?
Personally, I get very bored with action movies. They always have some scenes that last for 20 minutes and still don’t make any sense. I realised that in terms of war movies, there are only two films I like: Apocalypse Now and The Thin Red Line. Just like in these films, I wanted to stay with my characters and their point of view because in life, we can’t really succeed on our own. That’s why Bahar says at one point: “We are all heroines.” We all experience tragedies in our everyday lives: we all know how it feels to want to die because you are in so much pain. It’s easier to deal with it together.

Shariff Korver • Director of Do Not Hesitate
“I didn't want to make a film about the bigger picture of the military, but to focus on the experience of being a soldier”