KARLOVY VARY 2018 Out of competition 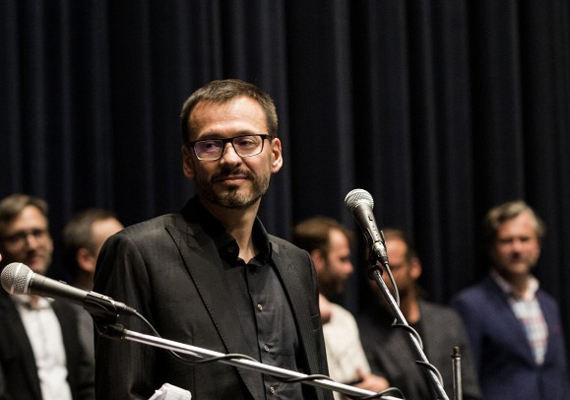 Prolific Czech writer-director Benjamin Tuček finished and successfully unveiled his latest project, Trash on Mars [+see also:
trailer
interview: Benjamin Tuček
film profile], at the most recent Karlovy Vary Film Festival. It is his second directorial effort, after Girlie in 2002. Cineuropa caught up with him to discuss his unorthodox project, the process of making it and mankind’s ambitions for interplanetary colonisation.

Cineuropa: You have a fairly wide-ranging portfolio, after writing and directing fiction features, documentaries, and online and TV series. What led you to make Trash on Mars?
Benjamin Tuček: System engineer and space architect Dr Ondřej Doule came up with the idea for an adventurous expedition to Mars. He wanted to put his experience from NASA’s Kennedy Space Center and from his work at the Florida Institute of Technology to use in a film in order to promote flights to Mars. Gradually, the core of the future movie started to take shape, made up of Prague-based theatre group Vosto5.

Trash on Mars is a hybrid film, blending sci-fi with existentialist elements, absurd comedy and a reflection on interplanetary colonisation, but also a reflection on the essence of being human. Why did you opt for this form?
Your question touches on what we were attempting to achieve. I was looking for a framework that would enable me to narrate something about some serious topics, such as colonisation, space pollution, the population explosion and the pillaging of natural resources, but using hyperbole and absurd humour. Colonisation is linked to the genocide of indigenous people and pillaging, and there is no reason why our settling on foreign planets will proceed any differently. The question arises of why mankind wants to colonise other planets when it is unable to live in peace and harmony on Earth.

What was the experience of shooting at the Mars Desert Research Station in Utah like?
The motivation for the project was to be able to shoot in America, in the desert, in a real simulator. We were the first film crew ever to shoot at this research station. We were rehearsing situations from the work-in-progress script in one of Vosto5’s rehearsal rooms, and we started gathering up material, props and costumes. We booked a flight to Colorado in record time. Those people in the lighting rental shop in Denver had probably never met any Czech people who wanted to rent out Kino Flo, Dedolight or HMI gear. They were serving Quentin Tarantino at the time, but they waved their hands at us and packed us a camping table with lights. We hit the road in an RV and a truck. The road to “Mars” leads you through the Wild West – that’s why Mars is not red in our film, but it looks like the American frontier.

Why did you pick a robot to be the narrator?
Our film takes place at a time when flying to Mars is no longer fashionable. The Mars Research Station is being held in a state of emergency by this obsolete robot, Bot. But the robot does not want to be alone any more. Can artificial intelligence be jealous? I was fascinated by the idea of how an obsolete robot would narrate such a story. We were shooting at an isolated research station in the middle of a desert. We respected the cosmic research rules with the actors and our small crew: the official language was English, but private conversations were in Czech. This simple rule inspired the dialogue. We used the chipped, run-down appearance of the station in our story, and it also inspired the character of the narrator. A cosmic romance emerged, with hints of absurd comedy, a robot’s existential reflection on the colonisation of space. Artificial intelligence will have an increasingly important role in the near future. In our film, the AI still has human attributes: it can be cruel as well as sentimental, and it has a sense of humour and perhaps empathy.

The Czech Film Fund stated that there is a low number of genre productions in Czech cinema. What is your opinion on the domestic genre-film output?
I believe that genre productions should be a part of every film industry, and the Czech one is no exception. As in every case, one of the crucial criteria for state support should be the quality of the project, and the creative and producer’s intent. If we are talking about supporting the model for financing films, it should result in a variety of offerings and artistic approaches, and increased competitiveness at foreign festivals and markets. Trash on Mars has never fitted in with this, as it was developed independently of the institutions that are usually involved in the process and benefited from a different form of financing. We received support at the very end of the production process. The whole project was special from beginning to end, and it was based on a huge personal investment and private finances.

What are you working on now?
I would like to go on to make the film Radio Stalin, about the early days of the first independent radio station in Czechoslovakia, Radio 1.

Žofie Strachotová • Head of acquisitions, Artinii
“Our system delves deep into understanding communities, and their specific demands, values and interests”