“My method of shooting allows for happy accidents to happen”

02/09/2018 - VENICE 2018: We sat down with French director Sarah Marx to discuss her debut feature, Truk, about a young man coming out of prison, which is playing in the Orizzonti section 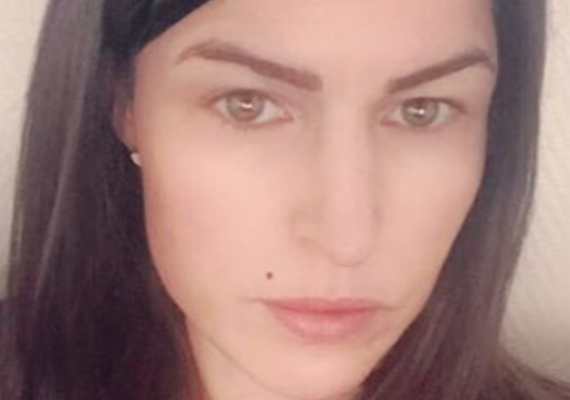 Cineuropa: What are the film’s origins?
Sarah Marx: Two years ago, I made a film that took place in a prison in Nanterre, France. I followed eight convicts who were taking part in a theatre workshop in the prison for a year. It was then that I decided to make a film about a guy who is coming out of jail and his troubles reintegrating into society.

What’s remarkable about the story told about Ulysse (Sandor Funtek) is that his life on the outside is like another prison.
It’s exactly that. When Ulysse leaves prison, he finds another prison. His mother suffers from depression, and he tries to get social services to help, which is a struggle in itself, and that’s a lot of responsibility for a young person. Also, the world outside is extremely violent. There is something easier about his life when he is in prison than when he is “free”.

The camera always stays very close to the action; why did you want to shoot this way?
The method of shooting that I have derives from my background filming pop culture videos and music clips. There is a freedom in shooting this way, and it’s closer to reality. It also allows for happy accidents to happen, and it’s the accidents in the scene that end up being the most like real life. I believe that when you frame, you cut the emotions out of a scene with the time it takes to set up shots.

There seems to be a big hip-hop and general musical influence on the film.
I am 35, so I was a teenager in the 1990s, when hip-hop was at its best, and it had a really powerful influence on me. If you look at the way this movie was made, you can link it to hip-hop both in the flow and in the energy of the characters on screen, and by the fact that the producers of the movie are a hip-hop band called La Rumeur. Everything is connected to music in the movie. The main sequence of the film is set at an electronic music festival. When you make hip-hop, musicians need flow and a microphone; when you make a drama, actors need flow and a camera.

You ask complicated social questions in the film: one is about the use of drugs, both in a recreational and in a medical setting. What can you tell us about this?
The drug in the film, ketamine, is a hot topic today, as it is used as a treatment for depression, but it’s also used by a lot of young people at clubs, as it helps to connect you with your feelings. It works as an antidote in one instance and as an intoxicant in another. We wanted to explore that.

How important is it for you to explore social questions in your cinema?
It is important for me to make films that talk about young people who are not often represented in French cinema. Real people like Ulysse are heroes for me.

His name is a clear reference to Homer, and he’s even reading a poem at the start; why did you do that?
It’s a contemporary odyssey, and that is why I wanted to use this name.

What about the financing and the look of the film?
It was hard to find funding because it’s a small film. It cost €800,000 to make, but I didn’t want any more than that, because when you tell a story about a struggle that is so personal, you must also tell the story in a small way in order to connect with the audience members who are similar to the characters portrayed.

Andrea Romeo • Distributor, I Wonder Pictures
“Not everything has changed, but we cannot predict all of the aspects of a transformation that is going to radically reshape the process of fruition”

Nadja Radojevic • Director, ifs international filmschool cologne
“We offer international students a very open structure to study and be creative in their project work with the most advanced technology”