21/09/2018 - TORONTO 2018: We sat down with Icelandic director Baldvin Z to get some inside information on his latest feature, the bleak and emotive Let Me Fall 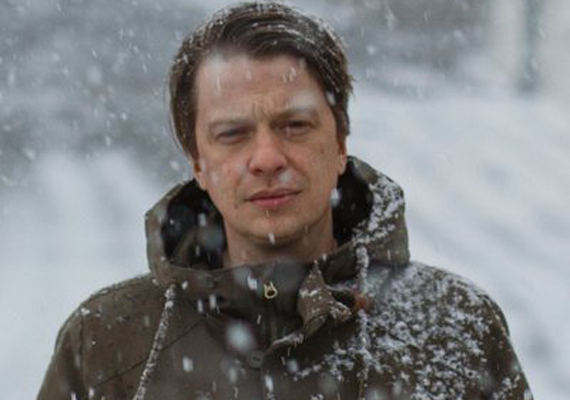 Cineuropa: The “lost girls” are a fairly obscure topic for anyone from outside of Iceland. How did you deal with this issue?
Baldvin Z: In 2011, I was working for an anti-drug campaign; at that time, I also had no idea of what was going on. During that project, I came across the diary of a girl who had taken her own life a couple of years prior, and I read it. This changed everything for me. I realised that there was a whole world in Iceland that I didn’t know about, and I decided to delve deeper into it. I met the girls living on the streets and doing drugs. They allowed us to enter their lives and follow them for one year. I was blown away that this was happening and we were not seeing it. No one was admitting we had this problem, and over the past seven years, things have gone from bad to worse. I hope we will open our eyes by starting to look around the corner and admit what is happening. According to the news, we have the highest death toll among young addicts, so we should be reacting.

Let Me Fall shatters the rest of the world’s image of an immaculate Icelandic society. What has the feedback been like so far from local audiences?
When the film had its premiere in Iceland, every cinema was sold out, so I think this subject really touches the audience. Afterwards, I saw that a big discussion has started up on social media, so I hope that this will do something good for us. At the gala premiere in Reykjavik, I had the weirdest after-party experience ever. People were still crying and hugging me, telling me how they hated the film but loved it at the same time. I’m satisfied when a movie can influence the viewers, no matter whether it generates positive or negative feelings.

For the third time, you deal with a major social issue, as seen from a teenager’s perspective. Do you feel that the Icelandic financial crisis has inevitably altered these generations?
I’m not sure. There are certainly two Icelands – one from before and one from after the crisis. There are also some similarities: before the crisis, around 2005-2007, Iceland was booming, and when this happened, everything went crazy, including the drugs. The same is happening now as well – Iceland is evolving, and the drugs are as well.

How hard was it to work with newcomers Elín Sif Halldórsdóttir and Eyrún Björk Jakobsdóttir? Also, for Elín Sif, was it easy for her to shed her Dance Slow pop image?
I saw Elín Sif for the first time when she performed on the Eurovision Song Contest, and I decided to cast her for the TV series I was doing back then, although I already had her in mind for the part of Magnea. Then it was hard to find a girl for Stella’s role. After four or five months of research, when Eyrún Björk entered the casting room, we knew that she was the one. It took a year of working together. I needed to explain everything to them, about the script and, in some cases, about each scene. The longer we talked, the deeper we went into the story and the easier it was for us to create the characters. It was a very pleasant journey. I was nervous when we started shooting, as no one had any real film experience. Luckily, everything ran smoothly, and I am very satisfied with our collaboration.

You have a group of regular collaborators, comprising producers Júlíus Kemp and Ingvar Þórðarson, cinematographer Johann Máni Johannsson, composer Ólafur Arnalds, and co-scriptwriter Birgir Örn Steinarsson. Is it easier to trust them because they’re regulars?
I always strive for freedom when I make my films. I aim to have a lot of freedom on set, and when you have the same crew, you know each other and it’s easy to communicate, or to alter plans on the fly and come up with new ideas. That’s what I’m looking for – the possibility to do our best while we’re shooting. Because we know each other, we also deliberate more efficiently.

Do you also have fewer fights?
Yes! [laughs] But the fights are always good. Whenever we disagree, we always get to a point where we agree. And, more importantly, I know that these people I’m collaborating with are making me better. I also enjoy their company, so it’s a nice balance for everyone.

Frédéric Zeimet • Creator of W.
"Luxembourg produces a lot of things, but the world of the web is still unexplored"