05/10/2018 - We had a chat about the upcoming edition of the IndieCork Festival with Mick Hannigan, its co-director 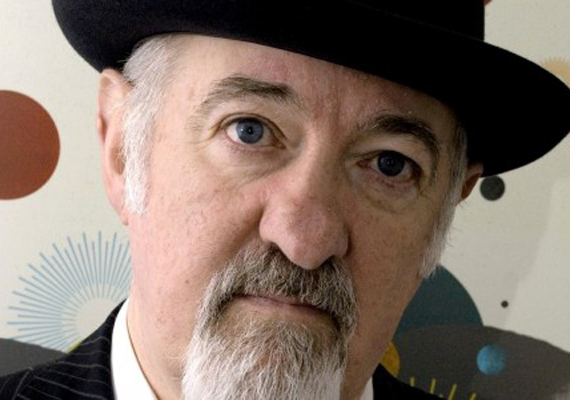 Mick Hannigan is the festival co-director of IndieCork, one of the biggest Irish events celebrating independent cinema and music. This year, the gathering will open on 7 October and will run until Sunday 14 October. We asked Hannigan some questions about the upcoming edition and the European independent film scene. The full festival programme is available here.

Cineuropa: IndieCork is celebrating the world of independent cinema for the sixth time. What are the priorities of the festival today?
Mick Hannigan: We champion the short film as an art form. IndieCork is now the biggest festival for shorts in Ireland, with 23 dedicated programmes this year. A core aim is to support young and emerging filmmakers, primarily by screening their films, but also through a programme of master classes, workshops and panel discussions, and by giving them access to great films. For them, attending a festival should be like an intense educational programme, with all of our initiatives contributing to providing them with an understanding of what it means to be a filmmaker. Therefore, a founding element of IndieCork is definitely career development.

Moreover, when we were looking at the number of films submitted by Irish filmmakers, we were taken aback to find that only 15% were directed by women. In order to encourage more female directors, we have introduced the Award for the Best Emerging Irish Female Filmmaker and organised a master class on being a woman director.

Finally, we want to present great international features to our audience, and this is our strongest programme yet, with three features from the Berlinale competition and award-winning films from Tribeca, Sundance, Rotterdam and other international festivals.

Two important Irish premieres, Marios Piperides' Smuggling Hendrix [+see also:
film review
trailer
interview: Marios Piperides
film profile] and Laura Bispuri's Daughter of Mine [+see also:
film review
trailer
interview: Laura Bispuri
film profile], will be the opening and closing films, respectively. In what ways are these works representative of IndieCork's spirit and mission?
These are both perfect for us. Both have been very well received critically. We know our audience will greatly enjoy them, and they communicate what we are about – namely, screening excellent films that might not otherwise be released in Ireland, which, like most other countries, has its screens dominated by American studio productions.

How did the local community respond in terms of participation and engagement last year? What do you expect to achieve this year?
We are greatly supported by the local film community, who seem to respect what we do and are interested in arthouse cinema. They recognise that the festival is a good platform for local productions. They are very loyal to IndieCork and are energetic in promoting it. Furthermore, we are seeing this year that the local business community and the tourism organisations have taken an interest. This has been a breakthrough year in this regard.

This year, one of your strongest themes is women directors. How is the Irish film industry performing in terms of gender equality today?
My view is that women are very well represented in the Irish industry – women are coming to the fore at film festivals, in heading up distribution companies, and in having powerful roles in what used to be the Irish Film Board and is now Screen Ireland. Women are visible on the production side of the industry, but still underrepresented in the leading creative roles. For the first time, we have two programmes of shorts by Irish women directors, though women directors also feature in other programmes, such as Creative Cork and Horror. We will continue to encourage women directors, as it is important for the art that the female voice is heard.

Once again, IndieCork is placing great emphasis on innovative Eastern European cinema. You will screen a collection of Estonian short films, for example. How did this collaboration opportunity with the Estonain Short Film Centre emerge?
We have very good relations with the Estonian Short Film Centre through its creative director, Peter Murdmaa, who is now a personal friend. But we’ve been aware of Estonian animation for many years. This programme includes live action as well, and we’re interested in this film scene. The occasion was offered by the Republic of Estonia’s 100th anniversary.

Have you been working on any other changes for this year's edition? What are your future plans for the festival?
It is a bigger festival this year, our biggest and best. We have more guests, more events, more films and more partner organisations. We have revisited our marketing and promotion activities, and that has certainly paid off. It has resulted in more interest from the press, the national media and the Irish film community. We hope that the reception will be good, and ticket sales are already lively.

We have established a new partnership with one of the local third-level colleges, the Cork Institute of Technology. This is also the pilot year of art(ist)FILM, a project aimed at showcasing art films made by students, initially in Cork, but internationally, we hope, in future years. Moreover, we have put together a small short-film touring programme, which will roll out after the festival. We are quite busy now, but our future plans will certainly focus on sustainability. This is our sixth festival, and we are very proud of it. We have shown that we have a place within the ecosystem of the Irish film community. Of course, it is always a struggle, but our ambition is not just to survive, but to develop the festival and its scope.

Alessandro Raja • CEO and co-founder, Festival Scope
“I think that the majority of festivals will develop their own online strategy and be somehow hybrid”

Jieun Yi • Cinematographer
“I like the role I have as a cinematographer and I want to make films with others, not alone”

Pierre-François Piet • Distributor, Ad Vitam
“We need some structural help, and also to regulate the reopening of cinemas”

Martin Kotík • President, Association of Czech Animation Film
“We have a number of new animation productions and studios which arose out of nothing but their own desire for existence and creativity”