“The making of this film was spontaneous, personal, intense, and even exorcistic”

02/11/2018 - We spoke to Gastón Solnicki, whose Introduzione all'oscuro was shot in Vienna in 13 days and captures his bond with the city as well as one of its most colourful inhabitants 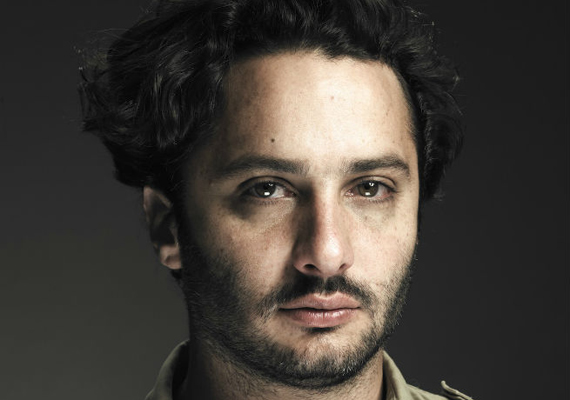 Travelling from Buenos Aires to Vienna has been a tradition for Argentinean director Gastón Solnicki ever since 2008, when his first film, Süden, was invited to the Vienna International Film Festival, aka the Viennale, by its colourful director, Hans Hurch. Solnicki and Hurch became fast and dear friends, and as all of Solnicki’s subsequent films, among them Papirosen and Kékszakállú, had their Viennale screenings, his urge to film the Austrian capital steadily increased. Last year, the opportunity both arose and became more timely in the aftermath of Hurch’s sudden passing in July 2017. The result can be seen in Introduzione all'oscuro [+see also:
film review
trailer
interview: Gastón Solnicki
film profile], first screened out of competition at this year’s Venice Film Festival and now showing at the Viennale itself.

Cineuropa: You’re making a personal film about a personal friend, and yet it feels quite universal.
Gastón Solnicki: I’m glad you see it this way. The making of this one was spontaneous, personal, intense, and even exorcistic. Hans used this expression about my film Papirosen – it’s the one you hear us discussing in the sound bites that are scattered throughout the movie. To him, and also to Jean-Marie Straub, whom Hans worked with for over ten years, cinema can exorcise ghosts and reorganise trauma. So it’s my film, but it’s also something else. I didn’t want to make something for people who knew Hans or attend film festivals, but rather to capture his elegance and tenderness, his generous, wonderful… Hans-ness. I wanted to transcend the privacy and the intimacy, and yet be able to reach out to people who may not know the specific persons or settings, but who nevertheless could be impacted.

How did you go from thought to screen?
I have wanted to make a film in Vienna for some time now. Last October, I was invited by the Viennale to choose a film in honour of Hans, and there, out of necessity, the movie was born. I didn’t know what it was going to be about, but I wanted to capture some of the aspects, layers and bonds between Hans and me. I got Austrian production support, I got very good access to the city, and I had a wonderful cinematographer, Rui Poças, who, among many things, shot the latest Lucrecia Martel film, Zama [+see also:
film review
trailer
interview: Lucrecia Martel
film profile]. We did it all in 13 days.

How much of the content did you actually plan beforehand?
There weren’t that many ideas written down, and I wasn’t quite sure it would amount to anything meaningful; instead, we went to different places and improvised from there. But it fell into place. Each film has a structure that is tailored to its dramatic needs. This, for me, is the most documentary and also the most fictional film I’ve ever made.

The title, Introduzione all'oscuro, comes from a piece of music by Italian contemporary classical composer Salvatore Sciarrino, which is also performed in the film.
I think the title has so much to do with Hans, the way he lived and also the way he died. I also believe that not all contemporary classical music is arid, boring and dry. There is a close similarity, in the surge of noises, with Baroque, rather than the cleanness of classical music. It is demanding, like this film, because you don’t find information that connects with other things, but at the same time, you are offered all of these associations. I think different people will be touched by different things. And there are many things going on here!

Given my own experience of both Hans Hurch and the Viennale, I think this is a film he would invite. Are you at liberty to agree?
It’s a dead cert! Of course he would. There are so many things here that he would like. Besides, he was my biggest supporter. While he was visiting Buenos Aires, I invited him to look at my film Papirosen in the editing process and hopefully get some advice from him, and he was very inspiring. And when I dropped him off at the airport, he said, “Don’t worry, my friend; I know at least one festival that will show it.”

Susanne Stürmer • President, KONRAD WOLF Film University of Babelsberg
“We are the largest and oldest film school in Germany”

Cristina Hergueta • Producer, Garde Films
“Despite the situation at the moment, impressive films are still coming along every year”

Markus Duffner • Head, Locarno Pro
“This year, we wanted to observe the industry from the inside, to see how we’re doing now, but also how we were doing pre-Covid”

Cristina Fraile • Producer, Maluta Films
“We are always on the lookout for co-productions that inspire us”

Benjamin Illos • Asian correspondent, Directors’ Fortnight
"I believe the films submitted to us have ambition to meet genuine enthusiasm from worldwide cinema aficionados"