Caught in a trap in Lost Persons Area

Nine-year-old Tessa skives off school and wanders around in a no man’s land swarming with huge high-voltage electricity pylons on which her mother’s partner works. The two adults pay scant attention to the little girl’s strange pastimes, which involve picking up everything she finds and reshaping it according to the logic of her imaginary world.

Written by the director, the film casts Szabolcs (Zoltán Miklós Hajdu), a highly qualified Hungarian immigrant worker, in the role of witness to the fragile happiness of Bettina and Markus (Lisbeth Gruwez and Sam Louwyck). Liked and valued by his boss Markus and secretly falling in love with Bettina, Szabolcs sees misfortune strike this desolate place and these souls wounded by life.

Anchored in a harsh realism and mainly shot with a shoulder-held camera that closely studies the characters’ faces, Lost Persons Area [+see also:
trailer
film profile] is a brutal exploration of the adversity that reigns in the world of disadvantaged workers, those invisible people on the edge of society. A few moments of fleeting joy (an embrace, a horse ride, an outing to the city) light up a story suffused with an atmosphere of ominous unease and desperate loneliness.

In this daily existential struggle, the three leads give impressive and subtle performances, rendering their characters engaging. This understatedness is also reflected in the ultra-masculine world of labourers, which the director accurately depicts, just as she paints a moving portrait of Tessa (Kimke Desart), a disturbed child who lacks parental guidance. All she has is the poignant love of a mother incapable of passing on a structured lifestyle or offering her a future, plagued by the grey sky and dreary existence of Lost Persons Area.

Vying for the Camera d’Or, the film was produced by Belgium’s Minds Meet and Artemis Productions, in co-production with ZDF/Arte, Holland’s De Productie and Hungary’s Uj Budapest Filmstudio. Backed by Eurimages, the Vlaams Audiovisual Fund, the French Community of Belgium Film and Audiovisual Centre, Netherlands Film Fund and Rotterdam Film Fund, the feature is being sold internationally by France’s Umedia.

The regional investment fund pledged its support to 14 new projects during its 16th session, including 6 Belgian feature films

The 2014 Ensors nominations are revealed

Eyeworks blows the Ensors nominations for Flemish cinema out of the water, with 23 nominations, eight of which for Marina and The Treatment, and seven for The Verdict

An eclectic panorama of Belgian productions in theatres this week

In this week’s programme, a multi-cultural comedy, an intimate and minimalist drama about grief and a documentary on the daily life of an Amazonian family

In 2008, a thriller took the Belgian box office by storm, attracting around 1,200,000 almost exclusively Dutch-speaking viewers, i.e. nearly one Flemish Belgian in five. Champion in all categories...

The Vlaams Audiovisual Fund selection committee has announced its decisions for April 2011. Nearly €1,650,000 has been awarded to 15 features (including two documentaries) and an animated short....

This week, Michael R. Roskam’s debut feature Bullhead is being released in Belgium. A sensational film about the Belgian hormone mafia underworld, it has created an enthusiastic buzz and won rave... 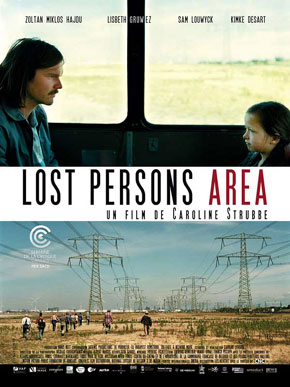