A far-western imaginary in a post-industrial French town where no heroes resembling Gary Cooper seem to be return to rescue the remaining locals: Nassim Amaouche's feature debut Farewell Gary [+see also:
trailer
film profile], shown in Cannes' Critics’ Week, reconciles two distinct worlds – one cinematic, one real – to tell the story of working-class survivors struggling against uncertainty and hoping for a better future.

Amaouche, who also wrote the screenplay, centres the plot on two father-son relationships. Young adult Samir (Yasmine Belmadi) moves back home and soon finds himself working in the same supermarket as his younger brother, while his father (renowned actor-screenwriter Jean-Pierre Bacri) often returns to his former workplace, insisting on repairing a machine that he could not finish as the factory closed. Their neighbour José (Alexandre Bonnin) spends his nights watching Anthony Mann's Man of the West and his days sitting on the street waiting for his father, supposedly Gary Cooper, to return.

A post-pessimistic tale about accepting and leading a transformation, Farewell Gary’s style is somewhere between documentary and fictional escapism. "I wanted to make a film with a direct connection to social reality, without depriving myself of anything formal, and without necessarily moving towards absolute naturalism because my characters are working-class characters”, says Amaouche. “To me, ethical filmmaking is the quest for a certain truth, and truth is not necessarily verisimilitude".

Relationships between relatives and neighbours are subtly illustrated, giving the audience hints about past events and featuring an ending that suggests but does not fully reveal a brighter and communitarian future. Although daily life is tough, the film has a sort of critical, optimistic tone, placing all its hope on the potential of the people it depicts rather than on a non-existing hero. A more developed script, however, could have given the characters a thicker soul, allowing greater identification from audiences.

Farewell Gary was produced by Les Films A4 and StudioCanal (which also handles international sales), with the participation of Canal+ and Ciné Cinéma.

Des Apaches: Dussollier and Casta get together with Nassim Amaouche

Shooting for the second feature by the director of Adieu Gary will begin on 10 March, produced by Ad Vitam

Corsican mafia and gangs from Marseille for De guerre lasse

Winner of the Venice Critics’ Week Award and the Louis-Delluc Prize for Best Debut Film in 2008 with The Apprentice, Samuel Collardey is currently shooting his second feature Little Lion, which is...

The Unifrance agency, which promotes French cinema abroad, is breaking new ground internationally for it is organising the first edition of online fest MyFrenchFilmFestival from January 14-29. The...

Running through March 20, the 10th African, Asian and Latin American Film Festival kicked off yesterday in Milan. The exclusive event is the largest in Italy that offers the latest cinema from...

Honours continue to rain down on Jacques Audiard’s A Prophet: after the Grand Prize at Cannes, the 2009 Louis-Delluc Prize, the European Film Award for Best Actor, 13 César 2010 nominations and a...

Discovered in the Berlinale Forum in 2005 with Barrage, Raphaël Jacoulot started shooting his second feature, the thriller Avant l’Aube (“Before Dawn”), in the Pyrenees last week. The cast...

A coveted prize and benchmark of high cinematic quality, the Louis-Delluc Award will be presented on December 11 by a jury of around 20 film critics and personalities presided by Gilles Jacob....

With 36.15m entries in July and August, the French box-office recorded the best summer season in 30 years according to estimates from the Centre National de la Cinématographie (CNC). This clearly...

Young French filmmakers seem set on turning to great US actors for inspiration these days, with Nassim Amaouche’s film on Gary Cooper last year Goodbye Gary, while a new title on Mitchum, Robert... 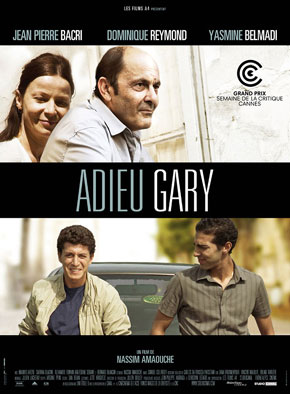