Returning to the Croisette seven years after Irreversible, the “enfant terrible” plunged fans and detractors into his ever-transgressive world and directorial style for a 150-minute-long nocturnal "trip" into Tokyo’s underground scene.

Inspired by The Tibetan Book of the Dead, Enter the Void retraces the different stages of an after-death spiritual journey. Opening in POV, the film centres on young western-born dealer Oscar (Nathaniel Brown), a fan of ecstasy, LSD and DMT, who lives with his sister Linda (Paz de la Huerta).

The story starts with a hallucinatory consumption reminiscent of the ending to 2001: A Space Odyssey. Moving camera shots then capture a conversation in the street with another junkie (Cyril Roy) about the effects of drugs ("You’ll end up frying your brain") and death. Afterwards, Oscar enters The Void bar, where the police are waiting for him and fatally shoot him through the door of the toilets where he hides.

Thus begins a spiritual journey that sees Oscar and Linda’s life unfold in fragmented memories crystallised by the car accident that killed their parents before their eyes during their childhood. The flashbacks are dominated by water (swimming pool, bathtub, sea) and marked by the blood pact binding brother and sister, who promise never to leave each other.

Oscar’s ghost then wanders, moving through walls, flying over a fluorescent Tokyo, travelling through lights and making its way into people’s heads. This journey is interspersed with memories of his recent life in Tokyo and centres on those around him: his friend Alex, his denouncer Victor, shady dealer Bruno and above all Linda, a strip-tease artist at the Sex Money Power club, who is devastated by her brother’s death. "My life is ruined, surrounded by all these perverted people. They’re nasty," she claims.

This accelerated movement between present and past details Oscar’s descent into hell in Tokyo, before he finds a means of coming back to life through death.

White screen, black screen, flickering images, fade to red, camera spinning or swaying in a sort of intoxicated state, sudden plunges, extravagant travelling shots and close-ups studying faces and bodies: Noé plays excessively on all the possibilities of special effects, lighting, sound and editing, creating a directorial style that fascinates some, and is considered extravagant by others. The strong sexual tone of Enter the Void, its violent emotions, the night-world setting in a phantasmagorical Tokyo and its frenetic western revellers make this an unusual film that can’t fail to make an impression on viewers.

more about: Enter the Void

The French film centre will also lend its support to films by Rebecca Zlotowski, Gaspar Noé and Hugo P Thomas, as well as animated films by Michel Hazanavicus and Fernando Trueba and Javier Mariscal

Climax by Gaspar Noé, on course for the Croisette

The summer starts hotting up with Love

Love: Between the love of filmmaking and making love

Enfant terrible Gaspar Noé is back with Love 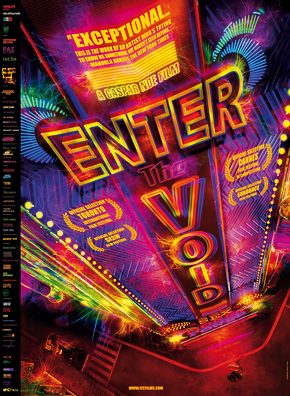 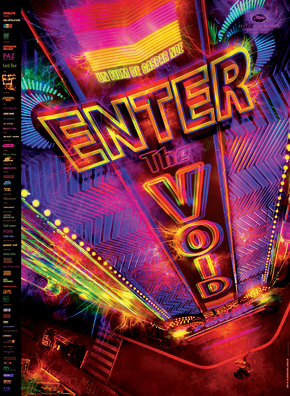