Ganslandt returns to Lido with The Ape

From the opening shot of Swedish director Jesper Ganslandt’s The Ape [+see also:
trailer
film profile], the second official screening of the 6th Venice Days, we know something bad has happened and, as the story unfolds, that the worst is yet to come. A man, Krister, wakes up in his bathroom, covered in blood but with no apparent wounds on his body. He washes and leaves his house – walking away from the violence or towards it?

For the rest of the day we follow Krister at work, playing tennis with a friend and visiting his mother. As his attempts heighten to maintain control over what the director calls “being lost in a perpetual dream”, so does our sense of dread.

Ganslandt, who returns to Venice Days after having his brought his debut feature Falkenberg Farewell [+see also:
trailer
film profile] here in 2006, says he made the film “because I felt it had to be made. Too often we read just blurbs on these horrible things in the paper, but I wanted to understand the humanity of supposedly inhuman actions.”

The director was accompanied at the post-screening Q&A by lead actor Olle Sarri and producer Jesper Kurlandsky. Sarri, who usually plays comedic roles, says he felt particular empathy for Krister, also because he wasn’t allowed to read the screenplay until shooting ended. “I couldn’t say no to a film in which you don’t know what you’ll be doing each day. Since there are few other actors in the film, Jesper [Gandslandt] and I had a continuous dialogue. In the sense that he would talk to me as we shot a scene, but I wouldn’t answer.”

Gandslandt says he didn’t want any of the actors conditioned by a screenplay so that they wouldn’t judge Krister or his actions. Sarri in particular had to be oblivious to what was happening throughout the “day” the film covers, the same way that Krister slowly must come to terms with what he has lost, and how.

Producer Kurlandsky says he was very excited to work with the director for several reasons: “I really liked his previous films and how he tried to humanize Krister. He and I also have very similar approaches to filmmaking and I wanted to give him freedom to what he does.”

The film was produced by Fasad for €800,000 and will be released by Nordisk Film in the main Swedish cities in late October. It is being handled internationally by Trustnordisk, who will start world sales at the upcoming Toronto International Film Festival.

more about: The Ape

We chatted to the well-travelled Swedish duo of Fredrik Wenzel and Jesper Kurlandsky about their joint directorial effort, Charismatic Megafauna

The Swedish director and his son Hunter star in his cutting-edge fourth feature, still in production, which was presented at the Norwegian International Film Festival

Budapest’s Titanic International Film Festival saw its budget drop by over 30% just two weeks away from the opening of its 18th edition, when the Hungarian State suddenly cut the funding it had...

Largest ever Swedish retrospective in US kicks off soon

From April16-May 4, the Film Society of Lincoln Centre in New York will host the largest ever retrospective of Swedish films in the US: 48 titles from 1913-2010. Northern Exposures: Social Change...

Danish film R by first-time filmmakers Michael Noer and Tobias Lindholm will vie for the VPRO Tiger Awards as it spearheads the line-up of Nordic films selected for the 39th Rotterdam... 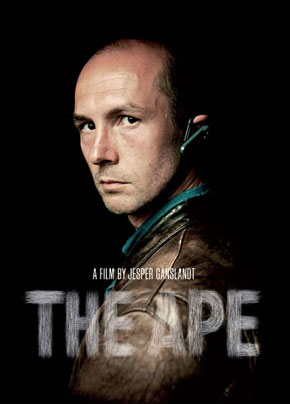